Two-Thirds of San Francisco Residents Plan to Flee Due to Crime, Homelessness 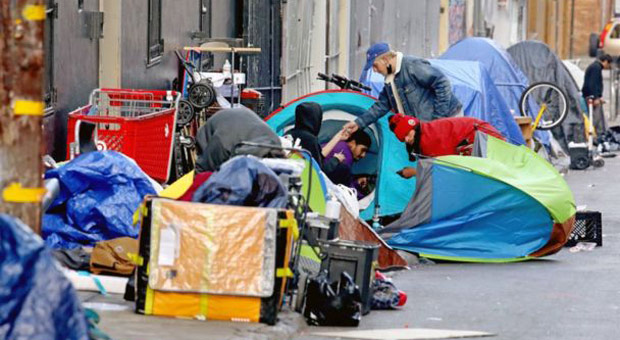 Two-thirds of San Francisco Residents say their city has rapidly declined due to homelessness, crime, and soaring house prices, while a third say they are planning to escape within three years.

The city, famed for its Golden Gate Bridge and colorful ‘Painted Ladies’ homes, is being destroyed by Democratic leadership.

The city is now described as a “rancid drug-ravaged pit of human misery” as it becomes another failed city under Democratic leadership.

The San Francisco Chronicle carried out the survey after the recall election of progressive District Attorney Chesa Boudin, who was ousted in June amid frustration over public safety in the profoundly Democratic city.

One respondent, Dae Echols, 53, told The Chronicle he was ‘fed up with the city’ and rising prices would likely force him to retire elsewhere. The average rent in San Francisco has been increased to $3,750 per month.

“I just remember the hippie generation, and it was all about take care of your friends, brotherly love. And that is totally gone,” said Echols.

Some respondents hit out at Mayor London Breed, whose earlier popularity for steering the city through the pandemic appears to have waned amid widespread homelessness, property crime, the fentanyl epidemic, and other woes.

READ MORE:  Trump Outlines Plan to Destroy the Deep State: ‘We Need to Fire the Swamp’

Some 35 percent said Breed had done a poor or very poor job making San Francisco a better place to live and work these past three years, while 42 percent said she’d done a fair job and 23 percent an excellent or good job.

As The Daily Fetched reported earlier this year, a reprort from the real estate brokerage site Redfin, Americans are now relocating to more affordable metro areas.

KEEP them in CALIFORNIA. They voted for it you now wallow in your p**p!

There is an error in the listing if cities Los Angeles, CA is listed twice.

The headline states that 2/3 of SF’s residents plan to flee the city, but the article says that that number is 1/3 who plan to leave within three years. While 1/3 is a large number of people, it is not 2/3. The headline writer either didn’t read the article carefully, didn’t read it at all, or didn’t understand it, and where were the editors?