Kari Lake Vows to Fight ‘Thieves’ in AZ: “They Messed with the Wrong B**ch!” 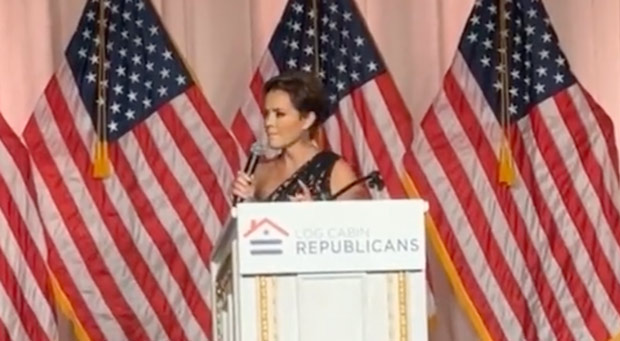 Arizona gubernatorial candidate Kari Lake warned those responsible for the “stolen election” they have “messed with the wrong b****.”

Lake led the Arizona polls by ten points leading up to Election Day.

But on the day of the election, 59% of the voting centers in Maricopa County had voting machines and printers that stopped working.

The problems saw thousands of voters not able to cast their votes.

Republicans had over 72% of voters, and just 17% said they were voting Democrat.

Hobbs received over 50% of the votes following Election Day before being declared the winner by the authorities and media.

The lawsuit alleges over 270,000 ballots without the chain of custody and 25,000 votes added AFTER election day.

“To watch these evil bastards…to watch them steal this in broad daylight, and if they think they are going to get away with it, they messed with the wrong bitch,” Lake told the crowd.

Earlier this month, Lake said the malfunctions resulted in a stolen election and warned Hobbs about what would come.

“We’re ready to go with what we believe to be an exceptional lawsuit. And we believe we will be victorious in that lawsuit,” Lake told Steve Bannon on his War Room Podcast.

“We’ll take it all the way to the Supreme Court if we have to. We will not stop fighting. Because the people of Arizona were disenfranchised.”