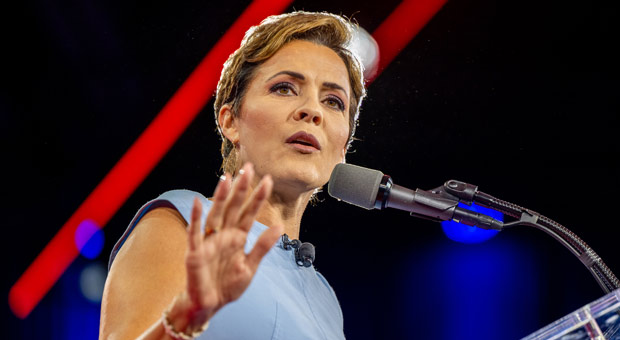 The DailyMail reported that the FBI and police were called to one of Lake’s campaign offices after a staffer received two envelopes containing a “suspicious white powder” and “threatening messages.”

The campaign is now considering the incident an “attack,” according to DailyMail.

Lake’s campaign believes this was a “terroristic attack, trying to intimidate Kari and the campaign staff.”

According to sources familiar with the campaign, one of the staffers “opened up an envelope that had a suspicious white powder in it and had a letter in there with a bunch of vulgarities and ranting and raving about Kari,” adding that the employee noticed another package “exactly like the first one she had opened and she reported it,” the Mail reported.

The FBI reportedly took the “suspicious” substance for analysis after a hazmat team, and the bomb squad arrived.

The Phoenix Police Department confirmed there were suspicious packages, which has prompted an investigation.

Officers responded to a found property call at an office building near 40th Street and Camelback Road. When officers arrived, they learned suspicious items were inside the mail. Additional resources responded to collect the items and secure the area….There have been no reports of injury, and the investigation remains active.

This news comes a month after someone allegedly broke into Arizona Secretary of State Katie Hobbs’s campaign office.

Lake is in a tight race with Arizona Secretary of State Katie Hobbs for the governorship.

Immediately, the Hobbs campaign released a statement suggesting, without evidence, that Lake had something to do with the break-in.

But an illegal alien was ultimately accused of breaking into Hobbs’ campaign office following an investigation.

However, after an investigation, an illegal alien was ultimately accused of breaking into Hobbs’ campaign office.