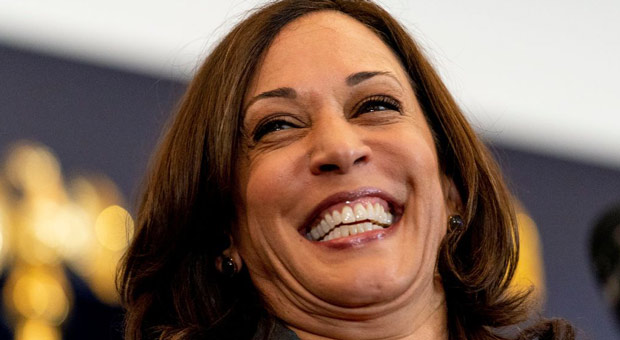 Vice President Kamala Harris could become President for the next ten years in the event of Joe Biden leaving office after January 20, as per the 22nd amendment

Biden is already a lame duck due to his age and his apparent declining cognitive ability.

Not even Democrats believe Biden will serve a second term; with House Republicans gearing up to investigate potential Biden corruption, Hunter Biden’s “laptop from hell,” and most recently, his mishandling of classified documents, it’s not looking good.

Harris would become president if Biden gets impeached and is forced to leave office.

As Randy Desoto writes in The Western Journal:

President of the Article III Project and a former Senate Judiciary Committee staffer, Mike Davis, pointed out that if Biden left office after January 20, the day he was sworn in two years ago, Harris would complete the remainder of Biden’s term. She would also be eligible to run two more times after that.

“If Biden left office before then, Harris could only run for one 4-year term (6 years total),” he added.

The 22nd Amendment was passed after President Franklin Roosevelt’s presidency.

The Amendment placed a two-term limit on the presidency, stipulating that more than two years of someone else’s term counts as a full term. However, serving less than two years does not stop the person from running a further two times.

READ MORE: Biden Hints Kamala Harris Could Be The Next President during WH Event

For example, when John F. Kennedy was assassinated in 1963, the third year of his presidency, Vice President Lyndon Johnson finished the last year-plus of that term, successfully running for election the following year.

Johnson was eligible to run again in 1968, but due to unpopularity, he did not seek a second full term.

Ford ran for election and narrowly lost to Democrat Jimmy Carter in 1976.

But if he had won, he would not have been eligible to run again in 1980 because he had already served over two years of Nixon’s term.

But the survey shows Harris losing to potential Republican nominee Donald Trump by 6 percentage points. She would also lose to Florida Gov. Ron DeSantis by 5 points.

It’s unlikely Biden will be forced from office before January 20, so Harris could become president sometime in 2023, making her eligible to run for two more terms.

We’ll have to wait and see.

Never underestimate the blind loyality of the Democrat voter to vote for anyone with a D in front of their name, regardless of qualifications and intelligence. This explains why Kamala Harris is where she is, and where she could be in 2, 4, and 8 years from now.

Who the f#$k would vote that mad cow for president if Joe goes the deep state runs the show just like now. Wonder if there is enough dirt on this air head for the GOP to get rid of here also

Considering That Harris is NOT a natural born citizen, she’s not eligible to become president regardless of being VP.

So it would fall to McCarthy to become President and he wouldn’t stand a “snowballs chance in h^%$^: against President Trump.

I have been saying this for well over a year, and I am amazed that it has taken someone in the media this long to finally catch on.
The Democrat Party has known this from the get go, which is why the timing of the disclosure of anything concerning Biden’s unfitness for office is so important and so contrived. That is why he will not be removed until after the 21st of January 2023.
If his unfitness for office was discovered prior to that date, and he was removed, it would limit his replacement to serve by a full 4 years!

yep, I called it as soon as he took office. They just had to keep him medicated til 2yrs 1 day. I think they seriously over estimated Kamala and now see that’ll be useless. But the plan from the get go was to let Biden wreak havoc for 2 years, and put KH in as a release valve to escape blame.

Harris is guilty just as much as FJoeBiden, so she’ll get impeached as well for failure to secure the border/follow immigration laws.

Theory: Demonrat party knows Biden is finished/can’t win re-election – Harris is equally unpopular & can’t win – So, to save the party:
1- Harris resigns to take private sector fund raising job (like Al Gore’s Climate Change that makes him millions) & guaranteed she makes millions. New VP is sworn in.
2- Biden resigns because he knows he cannot save himself or Hunter from coming prosecutions. New VP grants them both Presidential Pardons from prosecution as part of deal for him resigning.
3- Who is VP they’re grooming? Gavin Newsome, who had 3 days of closed-door meetings at White House, while old Joe was in middle east begging for oil.
4- You say this can’t happen? It’s happened once before – VP Agnew got into trouble & resigned. Ford was appointed new VP. Nixon got into Watergate & forced to resign. Ford then issued Executive Pardon to Nixon to stop prosecutions – all without Congressional votes to oppose it.

Don’t worry? Two more years of either the demented, senile, fool or the Cackling Harris in the White House, there won’t be much left of the US

Harris for a little while, but not ten years; not even two. Don’t forget the Vice President that will be APPOINTED by the congress (not sure which house, I was younger when Ford and Rockefeller were appointed).
They’ll find something to h**g on cameltoe and then, viola, un-elected Vice president will become the man.

Harris is not qualified to be a president, she has no American born parents per the Constitutional requirement.

Harvard Abruptly Shuts Down 'Disinformation' Research Project Led by Hunter Biden Laptop Skeptic
Harvard’s Kennedy School of Government has pulled the plug on its “Disinformation”...
No posts found
wpDiscuz
10
0
What are your thoughts? Click to commentx
()
x
| Reply