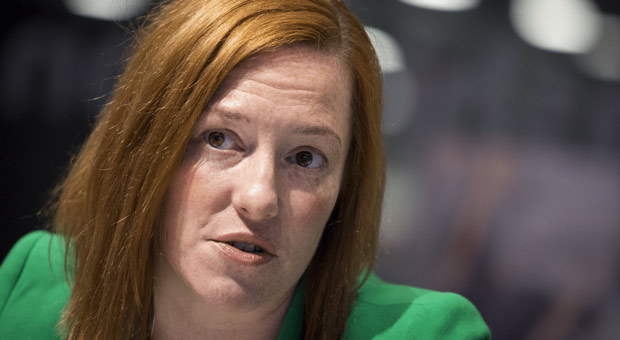 Former White House press secretary Jen Psaki admitted Democrats are worried that Republicans have gained momentum as polls continue to tighten ahead of the midterm elections.

Psaki was asked about a hot mic moment when Senate Majority Leader Chuck Schumer told President Joe Biden that Democrats are “in danger” of losing a seat and are “going downhill.”

“What we heard there and what you saw on the screen is similar to a lot of the conversations Democrats are having behind the scenes and a lot of people I talked to as well,” Psaki said during an appearance on MSNBC’s “Morning Joe.”

“People are fearful about where the momentum is going in some of these races,” she added.

“Yes, there are very encouraging signs like the record early vote numbers, but numbers in some of the House races are not where they should be,” Psaki said.

The former White House Press Secretary also added that Democrats are encouraged to vote for candidates “at the top of the ticket” while lacking in enthusiasm for down-ballot races.

“A lot of people I talked to are worried about voters being encouraged and excited about people at the top of the ticket, and maybe not excited enough to vote for the congressional candidates, and that’s a real concern,” Psaki said.

Last month, Jen Psaki expressed similar concerns saying the Democrats will lose if the electorate sees them as a “referendum” on the leadership of Joe Biden.

The RealClearPolitics average has Republicans up 2.9 percent in the generic congressional ballot polling average, with just two of the past 15 polls showing a Democratic lead.

Psaki said that signs Democrats are panicking come with the likes of former President Barack Obama and Biden out on the trail.

“That’s why I think you see Barack Obama, Joe Biden all these people out on the trail because they’re trying to light a fire with Democrats right now,” she said.

As The Daily Fetched reported on Thursday, National organizations and donors have abandoned their Democrat candidates in Florida, a sign that they no longer view the state as competitive – a signal of an impending Republican landslide.

Meanwhile, Biden and Vice President Kamala Harris made a rare joint appearance in the battleground state of Pennsylvania to try and boost Senate hopeful John Fetterman.

“Democracy is literally, not figuratively, on the ballot this year,” Biden told the event. “I’m going to be spending the rest of this time making the case that this is not a referendum. It’s a choice, a fundamental choice.”