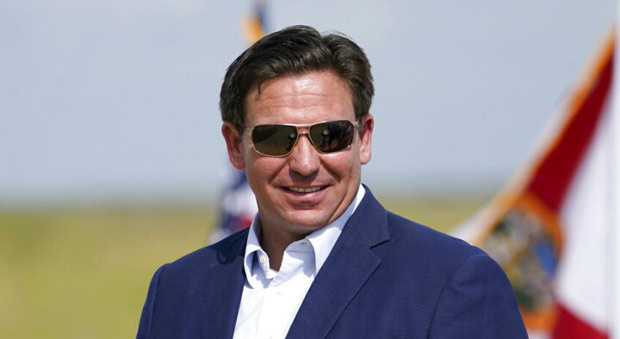 National organizations and donors have abandoned their Democrat candidates in Florida, a sign that they no longer view the state as competitive – and signal of an impending Republican landslide.

Less than two weeks before the election, Democrats signal that key races are slipping away. They point to ominous signs and missed opportunities, including the party’s message on abortion rights and gun control that isn’t resonating and a lack of coordination between the campaigns of Rep. Val Demings, who is vying to unseat Sen. Marco Rubio, and Charlie Crist, who is challenging Gov. Ron DeSantis.

“If Democrats follow this building national narrative and decide not to compete in Florida in 2024, it will be one of the most short-sighted decisions of the last 30 years,” said Greg Goddard, a veteran Florida Democratic fundraiser. “Where do we think the pathway to winning a future presidential election lies?”

According to Democratic operatives, consultants, and elected officials, there is little reason to be optimistic ahead of the midterms.

Meanwhile, some Democrats are scrambling to hold on to the last bit of hope about the looming election.

“Conventional wisdom is that DeSantis and Rubio had this locked up, but it wasn’t long ago that conventional wisdom had Joe Biden dead in the Democratic primary and Trump losing to Hillary by double digits,” said Juan Penalosa, former executive director of the Florida Democratic Party.

“Anyone who can say with certainty that they know the election results ahead of time is reading a crystal ball but not a poll,” Penalosa added.

This is going to come down to turnout, and right now, with more than 800,000 votes cast, Democrats have the edge.”

Of course why waste the money there may be better races you can try to con the people.

The Val Demings machine up in Orange County (Orlando) is busy harvesting votes as usual and Palm Beach/Broward will do their part as well. However, the restrictions and requirements for mail in ballots have very much reduced the opportunity for vote fraud which is why the Democrats have pulled out of the state.

send ALL d*mocrats to cuba the worker’s paradise! i heard they’re giving away free frying pans down there!