Ireland to Transform Churches into Schools for Ukrainian Children 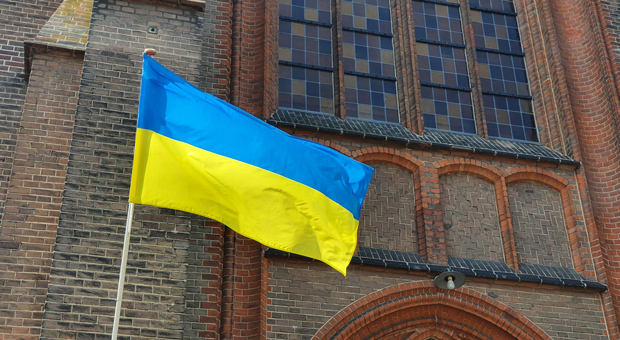 Ireland’s government is looking into repurposing its churches from a place of worship into schools for Ukrainian children.

According to internal documents penned by the Department of Education, the government is looking to educate Ukrainian children in churches across Ireland, reports say.

Ireland, which has a radical open borders strategy, currently has a huge influx of Ukrainian and non-Ukrainian migrants. The country is now struggling to cope with the wave of new arrivals as officials are warned the crisis is becoming “unsustainable. “

As internal documents prioritize educating Ukrainian children in regular schooling facilities, it also admits the huge demand outstrips supply due to the influx of migrants, The Irish Times reports.

Due to the unsustainable influx of migrants, the document claims that the department is looking at requisitioning churches into schools.

“This may not be required in some cases if there is sufficient space in existing local schools, but it would be good contingency planning to incorporate it as the default position and could help ensure faster access to education and language supports,” the internal document reportedly states.

It also states that while the department should “remain committed to providing an integrated education as soon as possible,” teaching refugee children in such repurposed buildings would solve certain logistical issues, such as transporting Ukrainian children back and forth from educational facilities.

The massive influx of both Ukrainian and non-Ukrainian migrants into Ireland over the last year has had a significant impact on the country’s infrastructure, causing many natives to flee.

As of the week ending December 11, 2022, 67,448 Ukrainian refugees arrived in the country, according to data released by Ireland’s Central Statistics Office.

Of that number, roughly 34 percent were aged from 0-19, with 13,500 individuals enrolled in primary and secondary schools.

Additionally, Ireland saw just short of 14,000 asylum seekers who do not claim to be Ukrainian enter the country.

The influx of immigration is encouraged by Irelands’ leftist politicians, which strains the country’s infrastructure.

The open borders approach looks like it will be no different in 2023, with the country’s Department of Integration facing the risk of buckling under the pressure of ever more arrivals.