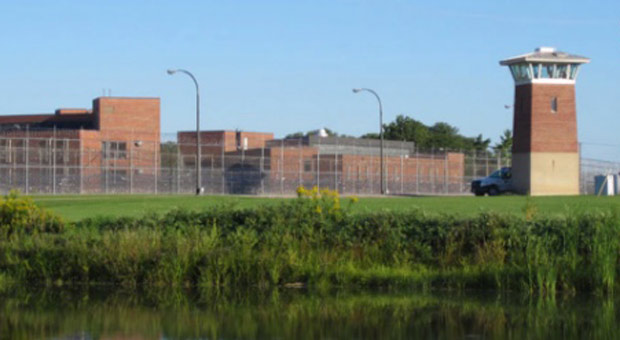 Maire was stabbed to death in the Milan Correctional Facility in 2019, according to the U.S. Attorney’s Office.

The sentence will run concurrently and consecutively to the sentences of imprisonment he is serving in other cases.

“Deterring violence inside prisons will always be a priority of this office,” said U.S. Attorney Dawn Ison.

“Senseless acts of violence that jeopardize the safety of employees and inmates of the Bureau of Prisons will be aggressively prosecuted,” Ison added.

42-year-old Wright pled guilty to second-degree murder on Feb. 10 for his role in Maire’s death.

Wright was one of three men accused of kicking and stomping Maire and stabbing him 28 times before throwing him down a flight of metal stairs.

The other inmates involved in the assault are Alex Albert Castro, 41, and Jason Dale Kechego, 40, who is still awaiting trial.

As Michigan Lives reports, The trio then worked together to throw Maire’s body down a flight of metal stairs, prosecutors said.

Court records show that Maire had been convicted for leading a group of seven men in the U.S. and Canada who preyed on vulnerable underage girls from behind computer screens.

Investigators dubbed the group of men the “Bored Group” because the aliases they used in online chat rooms, for unknown reasons, often contained the word “bored.”

He had been sentenced to serve 40 years in federal prison a month prior to his death.

I would have approved Wright’s sentence being commuted.. call it a service to society.. and the future fate of all child molesters in the world.