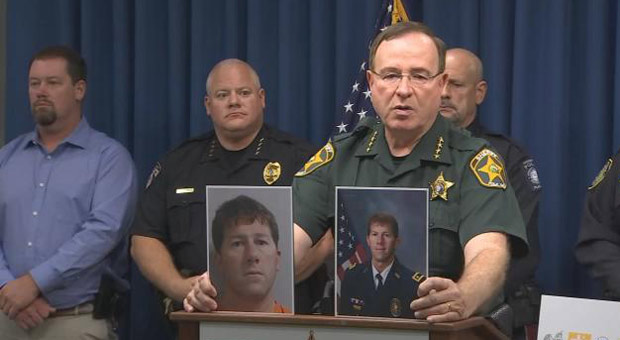 A large sex trafficking sting operation resulted in the arrests of 160 people, including Georgia Police Officer Jason DiPrima, and two Disney employees, according to reports.

Sheriff Grady Judd said there could be more victims.

“Our goal is to start services the moment that they are taken into custody and to treat them as what they are, victims, not as suspects in a criminal event,” said Judd,

The arrests also included high school IT expert Cameron Burke from Ocoee, Fla., who was busted during the sting for soliciting a prostitute.

The operation found Burke had been out on bond after being arrested for sexually assaulting a 15-year-old student.

As Fox35orlando reported, Samy Claude, 26, was also arrested on the same charge:

26 of those arrested told police they were married, 16 lived in Polk County, 15 were from other states.

PCSO said in a news release that least two were employed in law enforcement and seven are suspected of being in the country illegally.

The oldest person arrested is 64 years old, and the youngest is 19.

“The online prostitution industry enables traffickers and allows for the continued victimization of those who are being trafficked,” Polk County Sheriff Grady Judd said in a statement.