Incoming House Democrats Want to Abolish All Prisons in the U.S 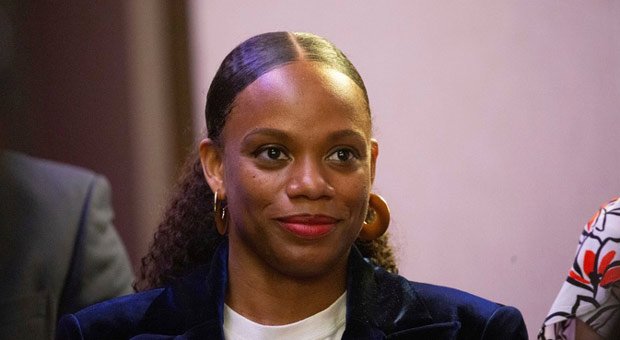 Since Democrats lost control of the House of Representatives and gained some new members with far-left policy stances, like abolishing all prisons in the U.S.

Despite Republicans underperforming in the midterms, Democrats still lost control of the lower house of Congress, setting up a GOP-controlled chamber.

There are now two Democrats within the incoming first-year class who have voiced support for abolishing prisons.

Lee has openly endorsed several socialist policies, including controversial progressive policies like abolishing prisons and including the redistribution of wealth.

Florida gained a young, progressive congressman in the form of Rep.-elect Maxwell Frost, who endorsed the anti-police and anti-prison group Dream Defenders in 2020.

Frost’s endorsement of Dream Defenders included a call “for a prison [and] police-free society.” He also endorsed other far-left groups, including the radical environmental group the Sunrise Movement.

RELATED: Elon Musk Says Top Democrats Have Launched A ‘Coordinated’ Attack Against Him

Frost was endorsed by both Sanders and Warren, as well as several other progressive groups and lawmakers.

The Democrats have seen an uptick in progressive and socialist membership as the party continues to lurch leftward, even in conservative states.

Texas will see a progressive Democrat headed to Washington next Congress, with Rep.-elect Greg Casar — a self-described democratic socialist who was endorsed by the “Squad” leader herself — taking a seat to represent parts of Austin and San Antonio.

The progressive gains will serve Ocasio-Cortez and her fellow “Squad” members well, giving them more leverage in getting their priorities at the front of the party.

Bus ’em all to San Fran, LA, Portland,Detroit ect. Any town run by Leftists needs to get their fair share.

This is how NYC became a prison in the movie “Escape from NY”, they simply just walled in the entire thing and nobody could claim it was a prison.

These people are insane.

Let them all live and b,l, and m in these idiots neighbor”hoods”. Fitting end to the monkeys.

I think they should put a giant wall around NYC and send all criminals into the city to fend for themselves. I think they made a movie like this.

Under no circumstances, do not surrender your weapons.

So, no police and no prisons? What do we do about murderers? Bank robbers? Rapists? Eliminate all traffic laws? Just tell them to “go and sin no more”? Astoundingly stupid people.

Harvard Abruptly Shuts Down 'Disinformation' Research Project Led by Hunter Biden Laptop Skeptic
Harvard’s Kennedy School of Government has pulled the plug on its “Disinformation”...
No posts found
wpDiscuz
8
0
What are your thoughts? Click to commentx
()
x
| Reply