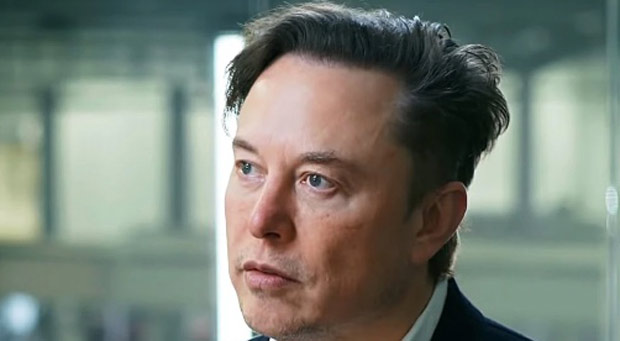 Twitter CEO Elon Musk claimed several top Democrats launched a “coordinated” attack on him since taking over the platform.

Musk responded to an account claiming he has not been political in the past but only became politically active in response to attacks from Democrats.

“Elon wasn’t super political on Twitter until Bernie Sanders, Elizabeth Warren started attacking him for no reason,” the account claimed.

“Then others followed. Of all the dudes they could have attacked, they chose the guy most capable of helping government solve problems. Strange choice.”

“Several other major Democrat politicians attacked me too, all around the same time. It was coordinated.”

“Outside of party leadership and independents like Manchin, they are essentially actors on the political stage, not directors or script writers,” Musk said.

Musk began what appears to be a political epiphany during the government lockdowns that gripped the nation two years ago. He grew increasingly frustrated as California officials prevented a major Tesla factory from reopening, prompting the entrepreneur to move the company’s headquarters to Texas. He encouraged other Americans to “take the red pill” and noticed that leftists are “losing the middle” of the political spectrum.

Democrats have attacked him repeatedly over his recent acquisition of Twitter, including Sen. Ed Markey (D-MA), who wrote a letter about someone being able to make a fake Twitter account impersonating him.

“Yesterday, a Washington Post reporter easily created a fake Twitter account in my name, and by paying $8.00 was also able to obtain Twitter’s blue checkmark, signifying that Twitter had ‘verified’ the account was indeed that of a sitting U.S. Senator. It was not,” Markey’s letter began.

“Apparently, due to Twitter’s lax verification practices and apparent need for cash, anyone could pay $8.00 and impersonate someone on your platform. Selling the truth is dangerous and unacceptable. Twitter must explain how this happened and how it will prevent it from happening again.”

“Compounding Twitter’s verification dysfunction, a pop-up stated that the fake account was verified because I was a notable person in government, not because someone had paid for the verification blue checkmark,” Markey said.

“Safeguards such as Twitter’s blue checkmark once allowed users to be smart, critical consumers of news and information in Twitter’s global town square.”

“This account is verified because it’s notable in government, news, entertainment, or another designated category.”

Markey argued that the platform had descended into “the Wild West of social media” before demanding answers to Twitter’s verification process.

Musk responded to a tweet from Markey that contained his letter to Musk.

“A @washingtonpost reporter was able to create a verified account impersonating me—I’m asking for answers from @elonmusk who is putting profits over people and his debt over stopping disinformation,” Markey tweeted. “Twitter must explain how this happened and how to prevent it from happening again.”

Musk called out the Senator for having a profile photo showing him wearing a mask, writing, “And why does your pp have a mask!?”