Lindsey Graham: ‘Definitely Not a Republican Wave, Hats Off To Democrats’ 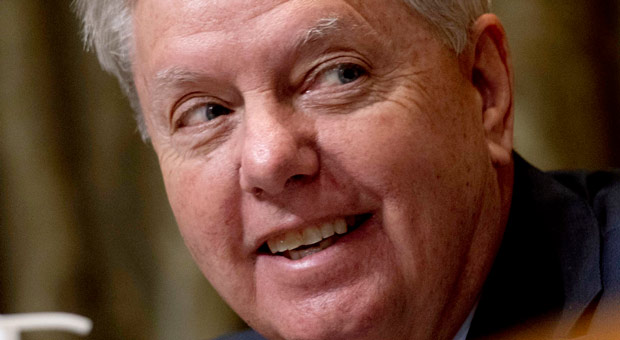 Republican Sen. Lindsey Graham appeared on NBC to weigh in on his party’s midterms performance as election results trickle in, declaring it’s “definitely not a Republican wave — that’s for darn sure.”

“I was in charge of Guam, so I want to take credit for that,” Graham added.

Graham’s comments came shortly after incumbent Democratic Sen. Maggie Hassan of New Hampshire won her re-election against Republican challenger Don Bolduc, a competitive race that the GOP sought to flip in its effort to take back the Senate.

“If you run that far behind your governor candidate, you probably made a mistake,” Graham said of Bolduc, referring to the state’s Republican Gov. Chris Sununu, who won his reelection.

Sen. Lindsey Graham’s (R-SC) abortion ban proposal is having trouble finding support, even among fellow Republicans. Turning Point USA founder Charlie Kirk added himself to the chorus of conservative critics, equating Graham’s announcement to possible “election interference” and worrying the senator could be helping to sabotage Republicans in the midterm elections.

“I’m so pro-life that I’ll debate anybody on the topic anytime. The only exception I could possibly imagine is the life of the mother, and I will defend that position morally, scientifically, biologically, and philosophically.”

Kirk declared the legislation was doomed for failure.

Kirk also seemed bothered by the fact that it was Graham behind the proposal.

“The only rationale is you want this election to be about abortion, and if it was Josh Hawley, I would say ok. Or Ted Cruz,” he said.

“Why is Lindsey Graham, 25 days out from ballots going out, galloping in and saying we need a federal abortion ban? Really? Where have you been, Lindsey Graham? That feels like election interference.”

I know I’m repeating myself. I’ve said this many time in the past 6 years. Light in the loafers Lindsay needs to go.

Graham is too stupid to recognize organized cheating.

He’s part of it. If he keeps quiet he must get something for it.

GFY Graham. RINO pos. You and your ilk are the reason why elections are lost. You noodle spine, uni-party scumbags did nothing to stop fraud.

All the shills like blaming Trump when Graham and McConnell did more damage than 45 Trump’s could ever do.