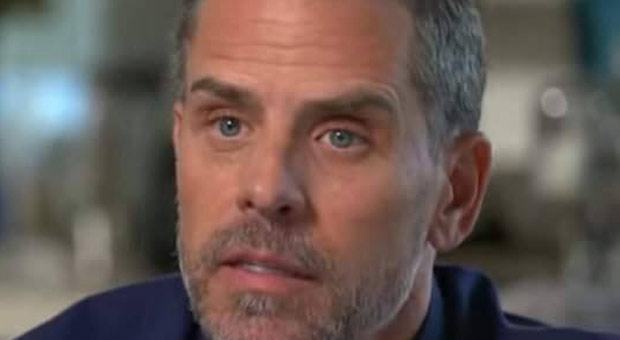 House Republicans are poised to investigate Hunter Biden’s “suspicious” business dealings in China when they take control of the house in January.

The main focus of the probe will be Biden’s work with the Chinese government-tied Harves Group and his ties with Francis “Fran” Person, the firm’s president.

“The Bidens sold access to foreign adversaries like China to enrich themselves to the detriment of American interests,” he said.

Person was promoted to the head of Harves Group in 2015 after leaving the Obama administration.

According to a Foreign Agents Registration Act filing, the group’s founder has ties to the Chinese Communist Party.

Since any criminal referrals would have to be made to Democrat and Biden appointee Attorney General Merrick Garland, the Bidens may escape prosecution.

Comer said he is focused on passing a law that would outlaw future Biden-like behavior.

“My goal is at the end of the investigation there will be a legislative fix,” Comer said.

“It is so murky, what Joe Biden, his son, and his brother [James Biden] were doing. You ask if it’s illegal. I don’t know. But I know it should be,” he added.

As The Washington Examiner noted:

At one point, Person invited Hunter Biden on a trip to China, but the first son did not appear to take him up on that offer. Hunter Biden and his business partner Eric Schwerin also helped Person vie for Congress for the Democratic nod to oust Rep. Mick Mulvaney, but Person ultimately lost the race. Then-Vice President Joe Biden attended a fundraiser for Person for that contest in 2016, according to the report.

The older Biden has denied wrongdoing or knowledge of his son’s business deals. In addition to the China front, Republicans are eager to delve into Hunter Biden’s overseas business dealings more broadly. This could involve links between Joe Biden’s diplomatic maneuvers in Ukraine and Hunter Biden’s position on the board of Ukrainian energy firm Burisma.

Biden’s allies, however, are at odds over how best to approach the coming GOP investigation, deliberating if they should have Hunter Biden keep his head down or fight back aggressively.

Hunter Biden is already facing a federal investigation for various tax offenses and a false statement about purchasing a gun.

The Washington Post reported in October that federal officials believe they have amassed sufficient evidence to lodge criminal charges against Hunter.

In October, the Washington Post reported that many federal officials believe they have amassed sufficient evidence to lodge criminal charges against him.