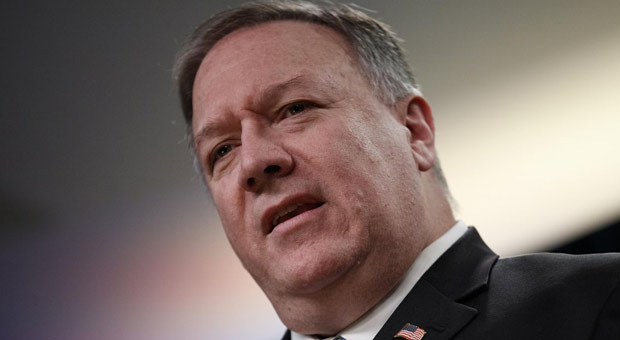 Biden announced a supplemental rule to cut methane emissions by 30% by 2030 during a global climate conference in Egypt last month.

In a Washington Examiner opinion column on Monday, Pompeo said Biden telling summit attendees that the Inflation Reduction Act is the “biggest, most important climate bill in the history of our country” basically told Americans that the spending bill legislation concealed the Biden administration’s “real priority.”

“It perfectly encapsulated how climate change and green energy have skewed this administration’s priorities,” Pompeo wrote.

“The law’s $369 billion handout to Democrat-aligned activists and groups will only continue to make everything more expensive for American families,” he added.

“And John Kerry, the climate czar, is driving America’s foreign policy to focus on climate change and diverting attention from the real threats posed by adversaries that do not share our interests — adversaries such as the Chinese Communist Party.”

Pompeo said Biden, Kerry, and Democrats are making the U.S. “poorer, weaker, and less safe” with their green agenda.

“A sizable portion of the law’s handout will go toward solar energy despite this administration being well aware that Chinese manufacturers dominate 80% of the market for solar panels and that many of them have ties to forced labor in Xinjiang.”

The former secretary of state cited the Uyghur Forced Labor Prevention Act (UFLPA) passed by Congress to ban the import of goods from Xinjiang.

“Biden signed UFLPA into law, but his administration has displayed mixed feelings about enforcing it,” Pompeo wrote.

“Top Biden officials have expressed dismay that prioritizing human life in Xinjiang would undermine their efforts on climate change, with Kerry even likening Biden’s climate diplomacy with Beijing to Reagan’s arms reduction talks with the Soviet Union.”

“Taiwan is but the first target of [Chinese President] Xi Jinping’s revisionist chain of aggression against many of his sovereign neighbors and the global commons, such as the South China Sea,” Mike Pompeo wrote. “The stakes couldn’t be higher.”

“A Chinese invasion of Taiwan could also mean the People’s Republic of China would control or eliminate 90% of the world’s advanced semiconductor production.”

Pompeo added that House Republicans need to confront the “Chinese Communists’ influence operations within our own borders.”

“A recent report found that many top American universities continue to partner quietly with Chinese schools that work with the Chinese military,” he wrote.

“No U.S. laws currently prevent such compromising relationships. That needs to change — it is high time our universities stop helping our adversary build the weapons pointed at our service members.”

The OBiden regime aims to end fossil fuels and end the USA as a free market, pro-freedom superpower. The end game is creating a “transformed,” globalist-directed, totalitarian socialist State. The Biden crime family is financially compromised to communist China and aiding China’s objective of world dominion. Just say NO to their leftist, totalitarian NWO!