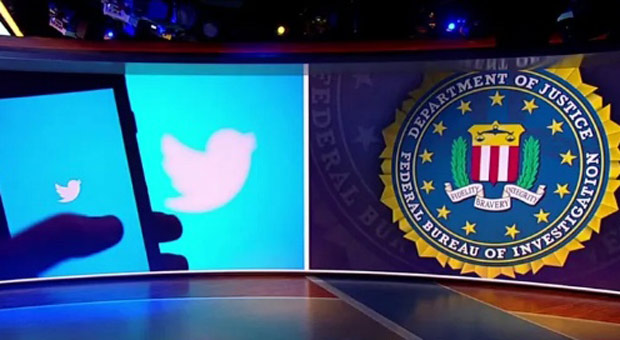 During his week’s broadcast of FNC’s “Sunday Morning Futures,” Turner said: “While we pursue intelligence community to try to hold them accountable, while we’re doing that, Elon Musk is showing what’s happening on the other side with the willing partners, the mainstream media, social media and really exposing coordination that was occurring between the FBI and them.”

“Now, it is my understanding from our contacts that we have at the FBI that there are secret files that the FBI has of these contacts they were having with social media and with mainstream media. And it has been our objective to get ahold of those files to see the extent of this so we can stop it, we can cut off the funding and prevent,” he added.

“Obviously, average Americans are being impacted by FBI actions. They have been resistant to this point, and we certainly intend to pursue subpoena power to expose the extent to which the FBI has been doing this.”

Anchor Maria Bartiromo asked, “So you have already then put a request out there for documents from the FBI? Is that what you’re saying?”

Turner said, “Absolutely. The FBI had, under the cover of saying that they were pursuing foreign malign influence, had really exploded into activities that involved engaging with mainstream media and social media and really impacting what is the normal debate of democracy. Now, what’s very troubling here, in my opinion, this was not based on intelligence.”

He added, “I believe in the end we will find there’s no intelligence that supports the FBI doing this, that this is a campaign by the FBI that really is outside of the bounds of anything we would expect them to do and certainly very constitutionally troubling.”

As The Daily Fetched reported last week, Twitter and FBI agents communicated regularly with Twitter, requesting accounts be taken down and removed from the public forum.

The FBI frequently urged content moderators to take action on specific tweets and take action if they violated misinformation policies. But what is strange, many of these tweets had low follower counts and were satire and humor based.

Moreover, the latest Twitter release revealed 80 FBI agents were working “to identify alleged foreign influence and election tampering of all kinds,” including anyone questioning the 2020 election results.

Below is the FBI’s response to the Twitter Files release:

“The FBI regularly engages with private sector entities to provide information specific to identified foreign malign influence actors’ subversive, undeclared, covert, or criminal activities. Private sector entities independently make decisions about what, if any, action they take on their platforms and for their customers after the FBI has notified them.”