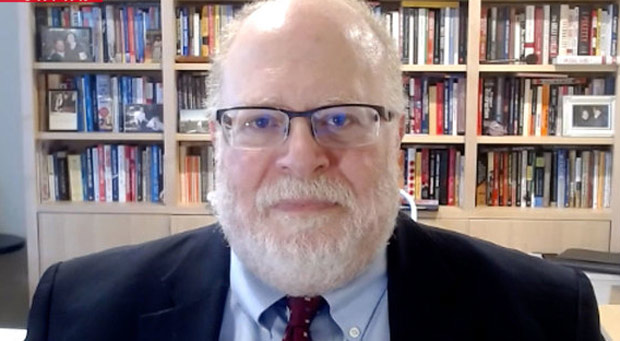 A globalist economist with the Peterson Institute for International Economics (PIIE) suggested America’s working and middle class were racists for wanting to restore millions of manufacturing jobs back to the United States from overseas.

Over the past twenty years, millions of Americans have lost their jobs due to globalization, outsourcing manufacturing to other countries.

As a result of the U.S. free trade policy, more than 100,000 Americans have lost their jobs.

“The fetish for manufacturing is part of the general fetish for keeping white males with low education outside the cities in the powerful positions they’re in in the U.S.,” Posen said.

“That is really what’s going on here because when you look at the cost of … trade and job displacement and communities,’ he said.

“When I look at the so-called costs of the ‘China shock’ or the costs of the decline in manufacturing, I always think ‘Compared to what?'” he continued.

“I can’t think of a better recipe for inducing racial tension than having D.C. elites financed by Wall Street pushing offshoring and then saying that anyone who opposes having their community and livelihood destroyed is racist,” economist Matt Stoller wrote in response to Posen’s claims.

PIIE has benefited from its ties with the Chinese elite, receiving nearly $400,000 between 2010 and 2018 from Huawei, a Chinese tech giant indicted by the federal government, according to PIIE president Adam Posen. The think tank has also received hundreds of thousands of dollars from an anti-democratic Hong Kong billionaire and a nonprofit widely considered a front group for the Chinese government’s influence-peddling operations.
[Emphasis added]

Groups and individuals linked to the regime have poured millions of dollars into Washington, D.C., in an effort to shape policy. [Sen. Josh] Hawley said PIIE’s partnership is just another example of the Chinese Communist Party (CCP) finding a receptive audience among the American elite, whether it be in D.C. think tanks or corporate boardrooms. [Emphasis added]

PIIE has cultivated close ties with Chinese elites, inviting senior officials to speak at its annual symposia cohosted with the China Finance 40 Forum (CF40)—a state-backed think tank headed by several senior CCP officials. The symposium has functioned as a highly visible platform for senior officials to not only criticize the Trump administration’s trade policy but also tout the Belt and Road Initiative—the controversial program accused of being a conduit for Chinese influence in developing countries. Past panelists have included China’s vice minister of finance and the vice chairman of the Chinese People’s Political Consultative Conference, a political advisory body for the regime. [Emphasis added]

With PIIE’s financial interest in keeping manufacturing in China, the argument Posen presents that opponents of outsourcing American jobs are rooted in racism does not fly as well, especially since such effects of globalization have hit white and black working-class communities.

According to a 2018 Institute for Labor Economics study, white men and black men in the U.S. were crippled by the nation’s manufacturing collapse amid free trade deals and trade deficits.

Economic nationalism has seen support among nearly every demographic of Americans.

According to a recent survey, reshoring American manufacturing jobs from overseas became the most popular policy solution to inflation.

Between 2001 and 2018, free trade with China obliterated 3.7 million American jobs from the economy and 2.8 million from manufacturing. In that period, 50,000 American manufacturing plants closed down.