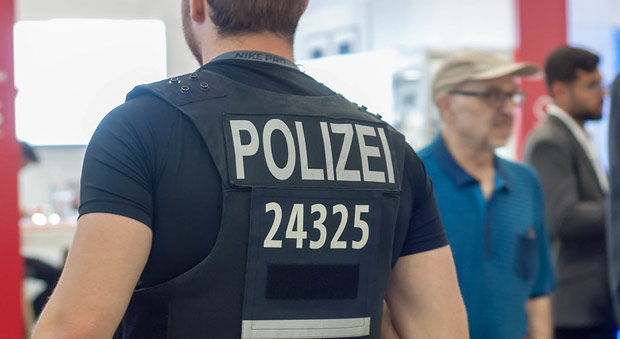 Police officers in Berlin, Germany, have been issued a new ‘woke’ language guide banning them from using “discrimination-sensitive” words or phrases..

The 29-page guide says all police officers must use the new language restrictions in all correspondence with the public,

The Berlin State Criminal Police Office (LKA) called on law enforcement to tread carefully when describing or addressing individuals when engaging with members of the public to avoid offense.

Berlin tabloid, BZ, quoted an internal letter from the LKA to its staff which said the language should be chosen “that is not specified by the majority of the population, but by those affected themselves.”

Words including “refugee” and “asylum” and phrases such as “headscarf wearer” or “mentally handicapped” should be replaced with more inclusive language.

Police officers were also told to be careful when assuming one’s pronouns in case they misgender a member of the public.

“It is elementary to listen carefully and to perceive how the person concerned describes himself,” the 29-page guide tells police officers.

“This self-designation and the self-chosen pronoun must be respected in any case and not questioned,” the guidance adds.

Additionally, terms such as “migrant” should be replaced by “people with a history of migration” or “people with an international history.”

Police were also told when writing reports, they must also contain so-called gender colons, a left-wing German way of writing professional titles, so they are gender neutral.

In 2020, the Berlin government implemented a diversity program to use sensitive expressions such as “people with a migration background” instead of immigrants.

The Maoist reach is global and Cultural Revolution knows no borders. ONWARD!