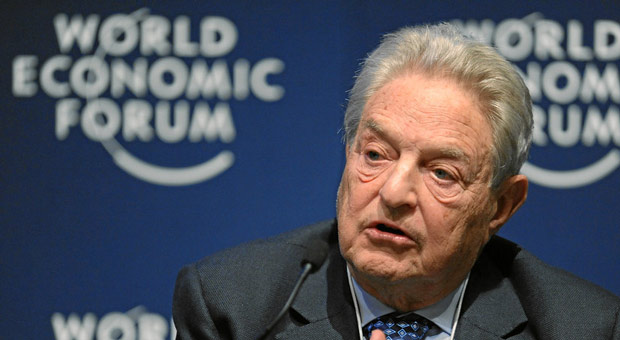 Soros has bankrolled many anti-police groups and initiatives working on efforts to overhaul the criminal justice system in recent years.

The liberal billionaire has also financially backed dozens of far-left prosecutors, including Kimberly Graham, who received more than $300,000 in backing for her Polk County Attorney Democratic primary election.

“The Open Society Foundations is proud to have been one of the earliest and most robust supporters of efforts to address the issues of crime and public safety while protecting freedoms that Americans hold dear,” Laleh Ispahani, co-director of Open Society-U.S., told Fox News Digital.

“We have supported reforms to our criminal justice system that enjoy broad support across the political spectrum. We believe that our freedoms are threatened when state actors are above the law, and that accountability is even more essential when they are given the right to use force on behalf of the government.”

“The level of police violence, particularly impacting communities of color, has spurred reform efforts across the country,” Ispahani continued.

“Since the murder of George Floyd, many communities have increased spending on policing, while deaths at the hands of police has continued to rise to new heights,” Ispahani added. “We continue to believe that reforms are needed and that communities should continue to lead those efforts.”

According to tax forms provided by OSF to Fox News Digital, Soros’ Open Society Policy Center sent $15 million to Tides Advocacy for the Electoral Justice Project. The Movement for Black Lives, a coalition of more than 50 Black Lives Matter-aligned groups, leads the project.

The Movement for Black Lives said on its website last year the project send $75,000 “to 12 Black-led ORGANIZATIONS that are expanding democracy and building political power in defense of Black lives”

The group even expressed support for cop killers after it called on supporters to sign a clemency petition that included Sundiata Acoli, who was convicted of murdering New Jersey State Trooper Werner Foerster during a traffic stop in 1973.

Meanwhile, another Soros nonprofit, The Foundation to Promote Open Society sent $10 million to Borealis Philanthropy for its Black-led Movement Fund, which supports the Movement for Black Lives, its website says.

“The Fund values and resources work that addresses both the immediate harm caused by state violence and systemic changes necessary to create healthy, well-resourced communities, and transformative safety responses,” the website adds.

The tax documents further show that Soros continued his cash flow to a dark money hub used by far-left activists pushing to dismantle the police.

The Foundation to Promote Open Society moved $1.75 million to the New Venture Fund for the Community Resource Hub for Safety and Accountability, a clearinghouse of resources for local progressive activists on how to best deal with police reform efforts, which includes materials on abolishing and defunding the police.

The most recent CRH funding comes on the heels of the $4.5 million the nonprofit sent to the hub in 2019 and 2020. That money included half a million dollars that went towards creating the project.

“Not only has billionaire George Soros spent millions propping up pro-crime prosecutors, but now we’ve learned he’s spent the last year bankrolling efforts to defund the police as well,” Caitlin Sutherland, the executive director of Americans for Public Trust, said

“It is extremely troubling that tens of millions in dark money is flooding our communities, all towards initiatives that will make us and our families less safe,” Sutherland added.

Matt Palumbo, the author of the explosive book, The Man Behind the Curtain: Inside the Secret Network of George Soros, has been touching on the inner workings of Soros’s web of foundations and charitable organizations for years.

In his book, Palumbo provides numerous examples from the hundreds of organizations Soros has contributed to, including Black Lives Matter, Defund the Police, and Acorn – not to mention a vast array of media publications and even fact-checkers.

It’s not the fact that we’ve known about this and it’s ugly. It’s how Soros and his little helpers abuse the English language to lie to me and to you. There’s nothing more American mom and apple pie than the left on the take.