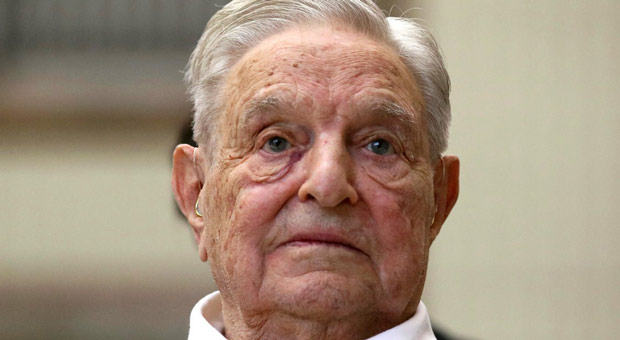 Treasury Secretary Janet Yellen unveiled the members on Tuesday for its Committee on Racial Equity, which will advise the agency on how “to advance racial equity in the economy and address acute disparities for communities of color.”

According to OSF’s grant database, the two committee members, Felicia Wong and Lorella Praeli, head four nonprofits that received over $15.7 million from OSF’s network between 2016 and 2020.

The chair of the committee is former Democratic Philadelphia Mayor Michael Nutter.

The committee includes 25 members from various fields, including academia, nonprofits, and the financial services sector.

The committee is a product of the Treasury’s 2021 “equity assessment.”

Biden signed an executive order called “Advancing Racial Equity and Support for Underserved Communities Through the Federal Government” on his first day in office.

The committee’s vice chair, Wong, is president and CEO of two groups that have received grants from OSF’s network.

One is the progressive think tank, the Roosevelt Institute, which aims to “carry forward” Franklin and Eleanor Roosevelt’s legacy that is critical of capitalism.

The other is the institute’s sister group, Roosevelt Forward, which publishes papers on “progressive” economic policy.

Although, the Roosevelt Forward’s website does not list Wong as president, a spokeswoman for the Roosevelt Institute told the DCNF she is

As The Daily Caller notes:

Between 2016 and 2020, the institute accepted almost $4.7 million from OSF’s Foundation to Promote Open Society (FPOC), a grant-making charity. The grants were for a variety of initiatives, including “general support,” policy analysis on “poverty reduction” in the South, and the institute’s now-defunct “Great Democracy Initiative,” which was aimed at “producing bold, progressive solutions to the biggest problems facing our country.”

In 2019 and 2020, Roosevelt Forward accepted $425,000 from OSF’s Open Society Policy Center, which does “advocacy on domestic and international issues aimed at elevating justice and advancing a progressive U.S. foreign policy.” Those grants were to support Roosevelt Forward’s “policy advocacy on prescription drug pricing and pharmaceutical regulation” and “advocacy on potential government appointments.”

“Any efforts to address inequality in the United States must account for the legacy of racial exclusion built into our economy,” said Wong in a Tuesday statement.

“I look forward to working with this distinguished group of leaders to propose ways to harness Treasury’s power and authority to redress these harms, toward a more just and equitable future.”

Wong also ran investment services between 2006 and 2012 for the Democracy Alliance – a left-wing “network of donors” which received millions from Soros.

The senior investigative researcher at the conservative think tank Capital Research Center, Hayden Ludwig, told the DCNF that the OSF grants show Biden draws heavily from the rank of professional left-wing activism” to staff its agencies.

“Clearly the activist wing is in the driver’s seat of the Democratic Party,” said Ludwig.

The charity focuses on immigration reform and invests in congressional races.

I pray for the day this evil old fart and his son die if they are assasinated i will give to who ever did it’s comesary.

Can we all agree that GS embodies all that is evil? I rather host Charlie Manson for dinner instead of the devil’s lackey.