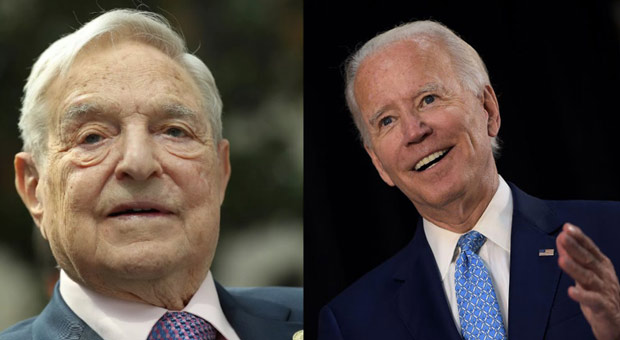 The Acacia Center for Justice, tied to the Soros-linked Vera Institute of Justice, secured the contract from Biden’s DOJ to provide “legal services” to border crossers after they are released into the U.S. interior.

The multimillion-dollar contracts began just months after the under-the-radar nonprofit received a July 29 determination letter from the Internal Revenue Service, which stated the group’s effective date of tax exemption was Dec. 29, 2021.

The Acacia Center for Justice, a Washington, D.C.,-based nonprofit born from a partnership between the Vera Institute of Justice and Capital Area Immigrants’ Rights (CAIR), has received six “legal services” contracts from the Department of Justice that carried start dates of Sept. 1, according to records. [Emphasis added]

The multimillion-dollar contracts began just months after the under-the-radar nonprofit received a July 29 determination letter from the Internal Revenue Service, which stated the group’s effective date of tax exemption was Dec. 29, 2021. [Emphasis added]

As The Counter Signal reported, the advocacy law firm Lawyers for Civil Rights filed the lawsuit with Alianza Americas, an immigration nonprofit, on behalf of “Vineyard migrants and all similarly situated people who are fraudulently induced to travel across state lines by DeSantis and the State of Florida.”

Earlier this month, the Biden administration doubled down on Kamala Harris’ claims that the U.S. border with Mexico is “secure” despite a surge of illegal crossings.

But the latest estimates reveal that at least 1.35 million border crossers and illegal aliens have poured into the United States.

The claim that the “border is secure” was also backed up by White House press secretary Karine Jean-Pierre.

“What we stand by is that we are doing everything that we can to make sure that we follow the process that’s been put forth,” Jean-Pierre said.

“That’s why we have historic funding to do just that, to make sure that the folks that we encounter at the border be removed or expelled.”

“legal services” contracts from the Department of Justice to aid illegals should not be allowed. Biden is supposed to use our money to keep illegals out of our country but he instead violated his oath of office by opening our southern border to invaders from every nation on Earth. That alone is cause for immediate impeachment.