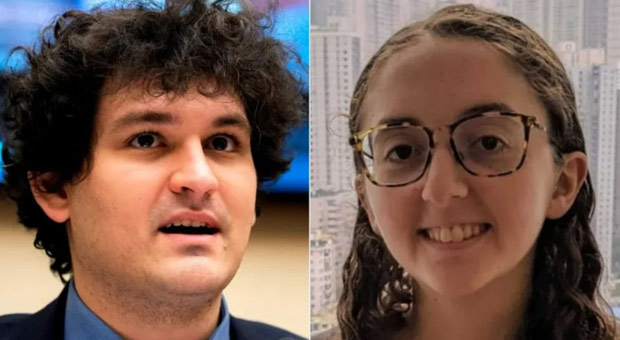 The CEO admitted his company funnelled millions of dollars to Democratic campaigns, becoming one of the party’s largest donors behind George Soros.

Fox News reported that the FTX founder and CEO also set up a website, Aid for Ukraine, to raise funds for Ukrainians amid the ongoing war against Russia – which was accused of being a money laundering scheme.

Cryptocurrency donations were sent to the National Bank of Ukraine.

Bankman-Fried wrote on Twitter in early March he was “excited and humbled to be working with the Ukrainian Ministry of Finance and others to support crypto donations to Ukraine.”

Bankman-Fried told Vox reporter Kelsey Piper this week that his ex-girlfriend was largely to blame for the company’s demise.

Bankman-Fried, 30, is still in the Bahamas following his company’s $32 billion loss, but openly spoke with Vox reporter Kelsey Piper through Twitter’s direct message feature on Tuesday about his current circumstances with little remorse.

The FTX owner told Piper that his ex-girlfriend Caroline Ellison’s company Alameda was responsible for gambling and losing his company’s money – to which he was ‘oblivious’ until it was too late.

Bankman-Fried responded: ‘And also thought Alameda had enough collateral to [reasonably] cover it.’

‘It was never the intention,’ he later added. Sometimes life creeps up on you.’

When asked what he would’ve done differently if he got another shot, the FTX owner said he would ‘off-board Alameda from FTX.’

The FTX owner also walked back his previous comments about the importance of ethics and called it a ‘front.’

The former chief executive and a few remaining employees at FTX have spent the past weekend calling around in search of commitments from investors.

The Wall Street Journal could not determine if any investors have committed.

Benny: the DNC was NOT an official creditor per bankruptcy laws definitions. Hence the payments/donations to the dem causes/campaigns were preferential distributions BEFORE BANKRUPTCY FILING and are required by bankruptcy laws in the U.S. to be clawed back into the Bankruptcy Estate. So, ALL OF THOSE PAYMENTS SHOULD HAVE TO BE RETURNED. If you want to see liberal activivist udges in action, let’s wait and see if ANY OF THEM have to return the donations, per the court.