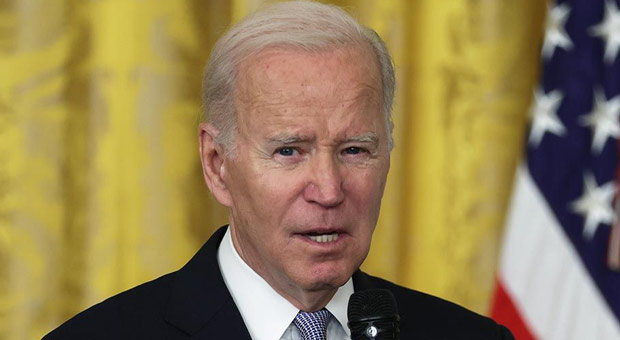 The FBI is still weighing up whether to launch searches on President Joe Biden’s other homes after six more classified files were found in his possession.

As CBS News reported, federal officials are ‘considering whether to seek searches’ of additional areas after six other items were found at Biden’s Wilmington home.

The documents found Saturday range from Biden’s three-decade tenure in the Senate and his time as Barack Obama’s vice president.

Despite the FBI considering searches on Biden’s other homes, the double standards and clear bias are painstakingly obvious now, and the FBI, as Trump pointed out on Truth Social, are giving the President preferential treatment.

“They created this Documents mess for themselves by being so totally DERANGED about me, and I did NOTHING WRONG!!!’ Trump wrote.

Trump also outlined the apparent corruption in a previous post:

“Page 1: The Fake News Media & Crooked Democrats (That’s been proven!) keep saying I had a “large number of documents” in order to make the Biden Classified Docs look less significant. When I was in the Oval Office, or elsewhere, & “papers” were distributed to groups of people & me, they would often be in a striped paper folder with “Classified” or “Confidential” or another word on them. When the session was over, they would collect the paper(s), but not the folders, & I saved hundreds of them…” Trump wrote

“Page 2: Remember, these were just ordinary, inexpensive folders with various words printed on them, but they were a “cool” keepsake. Perhaps the Gestapo took some of these empty folders when they Raided Mar-a-Lago, & counted them as a document, which they are not. It’s also possible that the Trump Hating Marxist Thugs in charge will “plant” documents while they’re in possession of the material. As President, and based on the Presidential Records Act & Socks Case, I did NOTHING WRONG. JOE DID!” Trump added.

“Biden is being treated so much better than me, I’m shocked (not really!). Why aren’t they raiding his house, & how come his representatives and lawyers are allowed to work together with the Gestapo in looking for documents, when my lawyers & representatives were not allowed anywhere near the search. We weren’t even allowed to know what they took when they raided my home. “Please leave the premises,” they said, & then lugged out everything they could, including my Passports & Med Recs,” Trump continued.

House Oversight Committee Chair Rep. James Comer said his investigation into the Biden family was now moving into its ‘next phase.’

“That’s the next phase of our investigation because we’re trying to figure out who these anonymous sources are that are sending so much money to the Biden family schemes – the Biden Center for Diplomacy and Hunter Biden’s artwork,” he added.

Biden claimed he is taking the investigation ‘seriously’ and working with officials at the DOJ and National Archives every step of the way.

But GOP Sen. Ted Cruz slammed Biden for his remarks:

‘AGAIN?!? How in the HELL do they keep screwing this up?? As Biden repeatedly says, “everyone knows how seriously I take classified documents.” Yes. Yes we do,’ Texas GOP Sen. Ted Cruz wrote on Twitter.