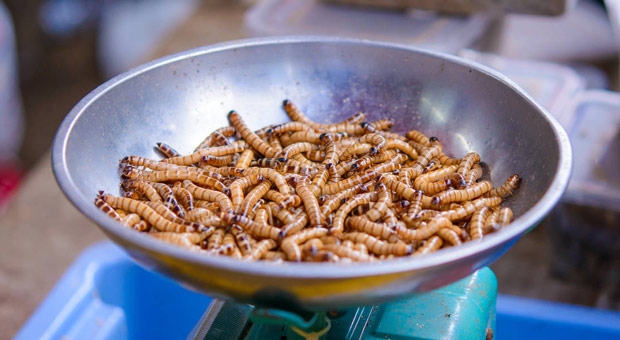 Doctors in the UK are increasingly resorting to using maggots instead of normal antibiotics to prevent infections and help fight climate change.

The fly larvae are placed on the skin in teabag-style pouches where they eat dead tissue and secrete antimicrobial molecules.

Medics hope the therapy can help counter the global threat of superbugs, a crisis that’s potentially catastrophic impact on society has been likened in severity to terrorism and climate change.

Without effective antibiotics, surgeries, cancer treatment, organ transplantation, and community-acquired infections could be fatal, resulting in millions of additional lives lost annually. In addition, some of the gains in childhood survival because of antibiotic availability of effective antibiotics for respiratory infections would be washed away. With the changing climate, this situation will be pushed closer to a breaking point because, as we will demonstrate, climate change and antibiotic resistance are intimately linked. This paper will discuss observations of some of these phenomena already occurring, those that are likely to occur, and those that are possible as the status quo maintainers of the world continue to fail to rise to the challenge of climate change.

Doctors are now resorting to sticking maggots on infected wounds instead of using antibiotics, which can encourage bacteria to mutate.

Maggot treatments in the UK surged by nearly 50 percent in the last decade, according to NHS Digital data.

According to Professor Yamni Nigam, an entomologist at Swansea University, the ‘squeamishness’ will have to be overcome to make the therapy more popular.

“Nurses that are specialists in wound care tend to have seen maggot therapy and are on board with the idea of using it,” she told BBC Radio 4’s Today program.

“Then we have this issue where staff nurses are reluctant to join in.”

“Certainly everybody, I think, has a natural aversion to creepy crawlies, and most people tend to have an inherent disgust as far as maggots are concerned.”

“Maggots are so efficient and cost-effective,” she said.

“They can turn a stagnant wound that has been refusing to heal for months – within four days they can transform the wound,” she added.

“One of the key things that maggots can do is disinfect a wound. If you’ve got a chronically infected wound, putting maggots [will clear the dead tissue],” she continued.

“Then they drink all that slurry through the bag and you remove the bag,” she said.