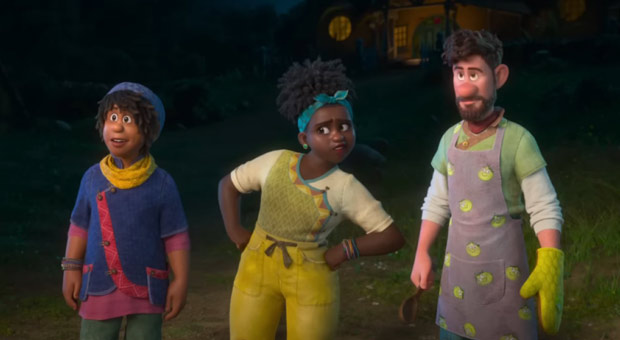 Disney’s new animated movie, “Strange World” opened to a disappointing $4.2 million earlier this week and is expected to make less than $24 million in its first five days.

The film racked up an eye-watering $180 million in production costs, so judging by the initial low returns, any post-release marketing would likely be in vain.

“Strange World” scored a B CinemaScore, the lowest score ever for a Disney animated production, World of Reel noted.

The film is the first ever Walt Disney animation to feature a gay teen romance.

Strange World follows Ethan (voiced by Jaboukie Young-White), a young gay teenager whose identity is fully supported by both of his parents, Searcher (Jake Gyllenhaal), and Meridian (Gabrielle Union). Searcher and his family have eschewed a life of exploring in favor of becoming a farmer after Searcher’s own adventurous father Jaeger (Dennis Quaid) went missing when he was a child. The family is called into action by Callisto Mal (Lucy Liu), the president of the land of Avalonia who leads them to a strange new world. There the family encounters animals and plants they’ve never seen before, and one person they know all too well. Jaeger Clade, who has been missing for years.

While the family is dealing with this big adventure, Ethan is dealing with his own incredibly relatable drama. He gets tongue-tied whenever he’s around his crush, a boy named Diazo.

The news comes weeks after Disney stock crashed to new lows amid reports the entertainment giant is planning layoffs, travel limitations on its employees, and a hiring freeze.