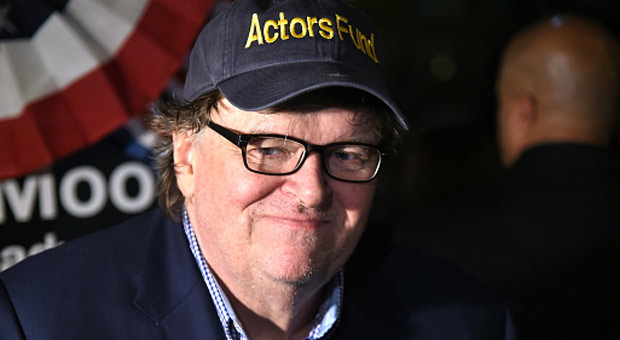 The left-wing filmmaker base his prognostication on Republican skepticism of the 2020 presidential election, saying voters would show their disapproval of that skepticism at the ballot box.

“There are so many signs of this that I think, I honestly think, if we all do our work and we all get people to get out there, and we get out there ourselves,” Moore said.

“I think we can throw out a huge number of these Republican traitors in November.”

“I think that there is going to be such a landslide against the traitors, especially the 147 Republicans who, just hours after the insurrection, voted to not certify the elected president of the United States, Joe Biden, and I think there is going to be so many people coming out to vote,” Michael Moore added.

As The Daily Fetched reported earlier this month, the New York Times re-adjusted any last pieces of hope the House Democrats had for the midterm elections.

“In each of these states — and some others — pollsters failed to reach a representative sample of voters. One factor seems to be that Republican voters are more skeptical of mainstream institutions and are less willing to respond to a survey. If that’s true, polls will often understate Republican support until pollsters figure out how to fix the problem.”

Meanwhile, former Clinton advisor, Dick Morris, said Demcorats are so desperate they will replace Joe Biden with Hillary Clinton as the 2024 presidential candidate.

“Once Biden pulls out, the polling will show that the Democrats are leaning toward some crazy radical like [California Gov.] Gavin Newson or [Vermont Sen.] Bernie Sanders or maybe even [New York Rep. Alexandria Ocasio-Cortez] herself,” said Morris, whose radio show airs on WABC.

“We need you to save us from the crazy left. Otherwise, we’ll have Sanders as our candidate. We’ll lose Congress by a ton. And we’ll get wiped out in the presidential race. Please run,'” he added.

Hillary. Not. Never. No way. RINO!

What method of the big cheat does he know about that we do not?

It’s true, he went blind playing with himself.

Well they created tens of millions of votes (and voters) to steal 2020 with no one locking them up sooooo.

Fat boy is either incredibly stupid, or he thinks his followers are.

In light of the massive fraud and corruption in the 2020 election, and since NONE of those responsible have been charged and prosecuted, who would expect this election to be more honest?

They have “Counted” significantly more “votes” than they have voting eligible citizens for MANY years now. And NOBODY gives a d**n!