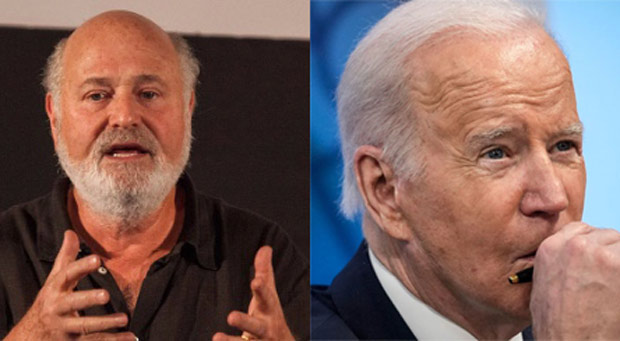 Hollywood filmmaker turned activist Rob Reiner is helping with damage control for president Joe Biden in the wake of reports he kept classified documents from his time as vice president in unsecured locations.

Reiner declared in a tweet on Sunday that Biden is a “decent law abiding person” while comparing him unfavorably to former President Donald Trump, who he branded as a “pathologically lying criminal.”

Trump had full authority to declassify documents, while Biden as vice president, did not.

Reiner’s tweet reflected the damage control the mainstream media did in the wake of the Hunter Biden laptop reports before the 2020 election, attempting to portray Biden as “decent” and “competent.”

But only some in the Biden camp are doing such damage control.

Meanwhile, Adam Schiff admitted that congress could not “exclude the possibility” that national security was jeopardized by the handling of President Biden’s classified documents.

“I don’t think we can exclude the possibility without knowing more of the facts,” Schiff said.

“We have asked for an assessment in the intelligence community of the Mar-a-Lago documents. I think we ought to get that same assessment to the documents found in the think tank as well as the home of President Biden,” he added.

On Thursday, Biden confirmed another batch of classified documents was discovered in his garage at his Delaware home, next to his Corvette.

“By the way, the Corvette is in a locked garage. OK? It’s not like they’re sitting out in the street,” he told reporters.

Biden is a long DOCUMENTED history of lying and plagiarizing. For stupid Hollyweird folk like you, some of what he’s done is also called Intellectual Property Theft. No doubt your entertainment law firm can find someone to explain it to you really really slowly so even you can understand MEATHEAD.

Has the meathead ever been right about anything?