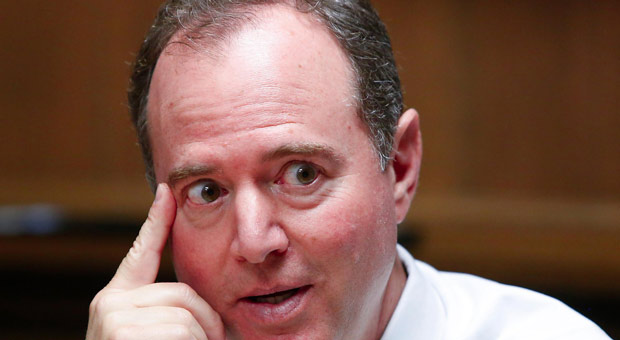 Adam Schiff has admitted that congress could not “exclude the possibility” that national security was jeopardized by the handling of President Biden’s classified documents.

During an interview on ABC’s “This Week,” Anchor Jonathan Karl asked Schiff: “You were on the show just after Attorney General Garland appointed a special counsel in the case of the Trump documents. You said it was the right move. Do you feel the same way about this special counsel?”

Schiff said, “I do think it’s the right move. The attorney general has to make sure that not only is justice evenly applied, but the appearances of justice are also satisfactory to the public, and here, I don’t think he had any choice but to appoint a special counsel.”

“I think that special counsel will do the proper assessment,” he added.

Karl said, “Is it possible that national security was jeopardized here as many, including you, raised that possibility with the Mar-a-Lago documents?”

READ MORE: Adam Schiff Officially in PANIC MODE Over Committee To Investigate the Weaponization of Government

Schiff said, “I don’t think we can exclude the possibility without knowing more of the facts.”

“We have asked for an assessment in the intelligence community of the Mar-a-Lago documents. I think we ought to get that same assessment to the documents found in the think tank as well as the home of President Biden,” he said.

The Daily Fetched reported earlier this week that Biden did not have any legal right to hold classified documents in his possession.

“By the way, the Corvette is in a locked garage. OK?” Biden said.

“It’s not liked they’re sitting out in the street,” he said when pressed about the revelation of a second group of classified documents.

Biden said he would continue cooperating with the Justice Department to recover the documents from his belongings.

But Biden failed to answer additional questions about why he had the documents in his possession.

If schifty Schiff is saying this you know this is part of the Deepstate’s plan and we should Not play along! We need to set ALL our attention on setting our elections straight and looking into the 2020 and 2022 elections. Nothing else matters! There are far bigger fish to fry than a senile puppet and his crackhead son!!!

The fact that Democrats aren’t circling the wagons — means that Biden is on the way out.

Not because of classified documents. Because he’s no longer useful as a fall guy — he’s not all there and obviously not in change of anything.

There is a dilemma. They have to get rid of Biden but to have him take blame, he can’t be entirely a vegetable. This is the current state of affairs…

Dirt bag is changing his tune after getting kicked off the intelligence committee and the proof coming out that he leaned on Twitter to sensor views opposing his.

I sure wish someone would rescue that Corvette. It is a shame to see it waste away in the garage of a Biden.