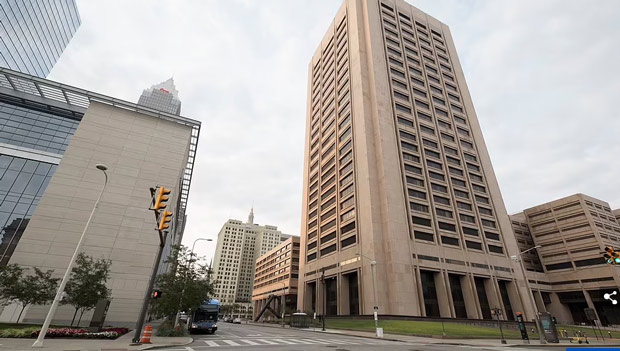 Democrat-run cities like San Francisco, Cleveland and Portland now have the most deserted downtowns in the United States as soaring crime rates are forcing residents to flee the cities in droves.

San Francisco’s downtown area was only 31 percent active in the spring of 2022, while Cleveland was at just 36 percent and Portland at 41 percent, according to a recent study by the Institute of Governmental Studies at the University of California Berkeley.

But other cities like Utah, and Salt Lake City Columbus, Ohio, are enjoying a rapid comeback as downtown activity has increased by over 110 percent since 2019.

Researchers found the three Democrat-run cities are suffering from a massive spike in crime and trailing in COVID-19 recovery.

Crime remains high in the Golden Gate City, up 7.4 percent as of August 14 compared to the same time in 2021. Assaults are up nearly 12 percent, robberies are up 2.4 percent, and thefts spiked by 17.5 percent compared to last year. Rapes in the city are also up by almost 10 percent.

Earlier this year, residents fed up with the state of their city, voted to oust the George Soros -funded radical left District Attorney Chesa Boudin, whose anti-incarceration policies were blamed for the ongoing crime crisis.

Though Boudin was initially elected on a criminal justice reform platform, his progressive laws were blamed for homelessness and soaring crime in the Bay Area.

During his time in office, Boudin oversaw the rapid rise of ‘smash-and-grab’ robberies, which saw thieves raid stores in broad daylight before being able to avoid charges due to Boudin’s lax policies.

READ MORE:  ONE MASSIVE BOT TRAP: Why Elon Musk's Poll about 'Stepping Down' Is Not What It Seems

Boudin has since been replaced by Brooke Jenkins, who vowed to crack down on soaring crime and increasingly prevalent open-air drug markets in the city.

She said she plans to introduce legislation that would give law enforcement officers real-time access to surveillance video in certain situations and also measures to make it more difficult to sell stolen goods.

“It’s time the reign of criminals who are destroying our city, it is time for it to come to an end,” she said.

Meanwhile, Cleveland is desperately trying to recover from its historically high crime rate, which saw an average of 10,435 arrests in the past three years.

So far this year, the city has only reported 3,764 arrests, with police reporting a 49 percent drop in guns confiscated.

Police, however, are continuing to grapple with soaring homicide rates, with 90 killings reported as of August, just slightly down from the 101 murders recorded by the same time last year.

As the DailyMail noted, Cleveland Mayor Justin Bibb has helped with the turnaround in the city and is currently looking to end federal court oversight of the city’s police force to allow officers to crack down on violent crime.

“The quickest we can get out of this decree, the better it will be for the police department and the taxpayers,” Bibb told reporters on Tuesday.

“I am working as quickly as I possibly can to get out of it.”

As we highlighted last month, these are the ten Democrat-run cities with the highest net outflows of residents, and they are all led by left-leaning mayors: