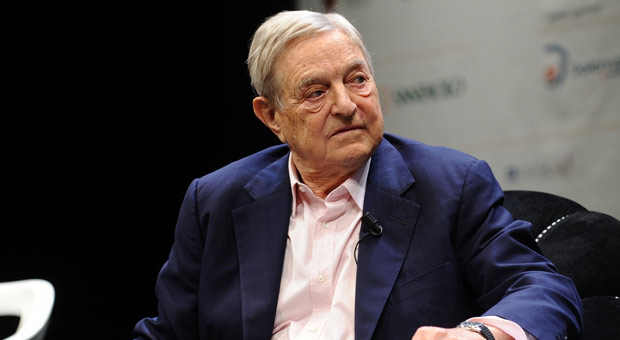 Left-wing mega-donor and billionaire George Soros has defended his support for electing radical prosecutors across the U.S in an op-ed amid the current recall elections by angry residents plagued with soaring crime in their cities.

Soros has helped dozens of prosecutors in big-city jurisdictions get elected since 2018.

Some residents accuse the radical prosecutors of the spikes in violent crime and social disorder, which has prompted many to flee cities.

But it now looks like voters in Los Angeles are preparing to hold a similar recall election to oust radical prosecutor George Gascón, who Soros backs.

As The LA times reported:

L.A. County Registrar-Recorder/County Clerk Dean Logan said his office has completed the first step in the review of the petitions submitted Wednesday and is now working on verifying signatures. The process must be completed no later than Aug. 17.

At least 566,857 valid signatures are required before voters can decide whether to recall Gascón from office.

Fueled in part by rising crime and homelessness, Gascón and his progressive policies have been the subject of intense criticism since he was elected in 2020.

Soros did not take this lying down and defended his support of “reform” prosecutors, describing the “false choice” between “justice” land public safety:

“We need to acknowledge that black people in the U.S. are five times as likely to be sent to jail as white people. That is an injustice that undermines our democracy.”

“In recent years, reform-minded prosecutors and other law-enforcement officials around the country have been coalescing around an agenda that promises to be more effective and just.”

“This agenda includes prioritizing the resources of the criminal-justice system to protect people against violent crime.”

“It urges that we treat drug addiction as a disease, not a crime. And it seeks to end the criminalization of poverty and mental illness.”

“Serious scholars researching causes behind the recent increase in crime have pointed to other factors: a disturbing rise in mental illness among young people due to the isolation imposed by Covid lockdowns, a pullback in policing in the wake of public criminal-justice reform protests, and increases in gun trafficking.”

“Many of the same people who call for more-punitive criminal-justice policies also support looser gun laws.

Soros also repeats claims made by California Gov. Gavin Newsom that murder rates are highest in Republican-run states, ignoring the fact that they are highest in Democrat-run citie

READ MORE:  Trump Suggests 2020 Election Results Could Be Thrown Out after Twitter Scandal