BOMBSHELL EVIDENCE Reveals Russia Was NOT behind Nord Stream Attack 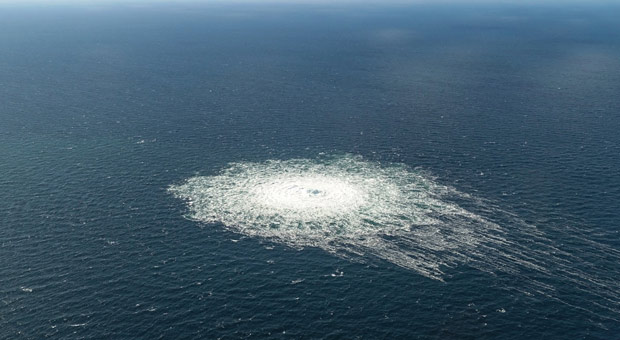 After numerous world leaders instantly blamed Russia for the “brazen and dangerous” Nord Stream attack in September, numerous officials have admitted Moscow may not be to blame after all.

One European official echoed the assessment of 23 intelligence officials from nine countries, who said there was no evidence Russia was involved in the attack.

“There is no evidence at this point that Russia was behind the sabotage,” said one European official.

The explosions, likely one of the largest single releases of methane gas, investigators found explosives residue from the Baltic Sea bed and pinpointed the timing of three explosions which caused numerous leaks on Nord Stream 1 and 2 pipelines.

One German government official said explosives appeared to have been placed around the outside of the structures.

“Forensics on an investigation like this are going to be exceedingly difficult,” said a senior U.S. State Department official.

The United States routinely intercepts the communications of Russian officials and military forces, a clandestine intelligence effort that helped accurately forecast Moscow’s February invasion of Ukraine. But so far, analysts have not heard or read statements from the Russian side taking credit or suggesting that they’re trying to cover up their involvement, officials said.

Attributing the attack has been challenging from the start. The first explosion occurred in the middle of the night to the southeast of the Danish island of Bornholm. Scientists detected two additional explosions more than 12 hours later to the northeast of the island.

Given the relatively shallow depth of the damaged pipelines — approximately 80 yards at the site of one explosion — a number of different actors could theoretically have pulled off the attack, possibly with the use of submersible drones or with the aid of surface ships, officials said. The list of suspects isn’t limited only to countries that possess manned submarines or deep-sea demolitions expertise.

The leaks occurred in the exclusive economic zones of Sweden and Denmark. European nations have been attempting to map which ships were in the region in the days before the explosions, in the hope of winnowing the field of suspects.

“We know that this amount of explosives has to be a state-level actor,” Finnish Foreign Minister Pekka Haavisto said in an interview this month.

“It’s not just a single fisherman who decides to put the bomb there. It’s very professional,” Haavisto added.

Haavisto said that for Finland, “The lesson learned is that it shows how vulnerable our energy network, our undersea cables, internet … are for all kinds of terrorists.”

The entire investigation into the pipeline attack was dubious, given that all the globalist players were jumping to blame Russia despite having zero evidence.

Sweden even refused to share the result of its official investigation with Russia, stating the information is “confidential.”

Prior to the pipeline attack, multiple videos of politicians vowing to “end” Nord Stream 2 surfaced on social media.

Fox News Tucker Carlson even asked, “Did the Biden administration really do this?”

Meanwhile, State Department official Victoria Nuland promised the Nord Stream 2 pipeline would be stopped if Russia invaded. But how?

So if Russia isn’t behind the attacks, who is?