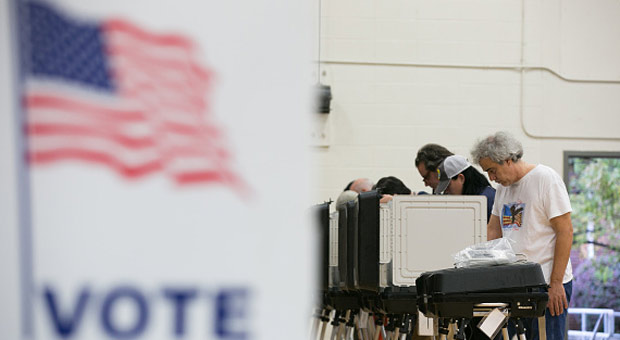 Pennsylvania’s Supreme Court ordered state election officials not to count mail-in ballots that arrive in envelopes dated incorrectly or with no date at all.

The court’s decision says those ballots must be left uncounted.

The ruling has been hailed as a “milestone” decision by Republicans.

“The Pennsylvania county boards of elections are hereby ORDERED to refrain from counting any absentee, and mail-in ballots received for the November 8, 2022 general election that are contained in undated or incorrectly dated outer envelopes,” the decision by the six-judge court read.

The judges were split on whether the move violated federal election law, which left a vacancy on the court that still needs to be filled.

“The case is the result of the lawsuit brought by state and national Republicans last month that alleged Pennsylvania’s acting secretary of commonwealth was circumventing the General Assembly by telling county boards to count ballots returned in a timely manner, but without a dated envelope.”

The decision will likely help Republicans, even though the decision applies equally to all ballots.

Democrats accounted for around 70 percent of the 1.4 million mail-in ballot requests this year, the WSJ noted.

The decision should result in two Democrat ballots set aside for everyone from a Republican, assuming both parties fill out their ballots with equal accuracy — and equal inaccuracy.

RELATED: Jen Psaki Admits Democrats Are ‘Fearful’ of Republican ‘Momentum’ Ahead of Midterms

As The Western Journal notes – That could make a difference in the closely contested Senate race between Dr. Mehmet Oz and Lt. Gov. John Fetterman:

The RealClearPolitics average of polls has Fetterman 1.2 points ahead of Oz, and the results of all five of the most recent polls fell within each poll’s respective margin of error. The most recent poll, by Muhlenberg College and the Morning Call newspaper of Allentown, resulted in a literal tie, with each candidate getting 47 percent of the responses.

FiveThirtyEight, which uses a somewhat different methodology in its forecasts, gives Fetterman a 57 percent chance of beating Oz next week, but rates the race a “toss-up.”

The Journal theorized that the ruling could impact “thousands of ballots.”

It wouldn’t take a lot of ballots being disqualified from impacting the results of that race, at least as things look right now.

The Pennsylvania governor’s race looks less likely to be affected as Shapiro is currently up by 9.4 points and has beaten Mastriano by differences outside the margins of error.

The Journal noted that four of the current justices on the court were elected as Democrats, with only two as Republicans, making the order bipartisan.

“This is a milestone in Republicans’ ongoing efforts to make it easier to vote and harder to cheat in Pennsylvania and nationwide,” Republican National Committee Chairwoman Ronna McDaniel said in a statement cited by CNN.

“Republicans went to court, and now Democrats and all counties have to follow the law,” she said.

The justices did not explain the reasoning behind the decision.