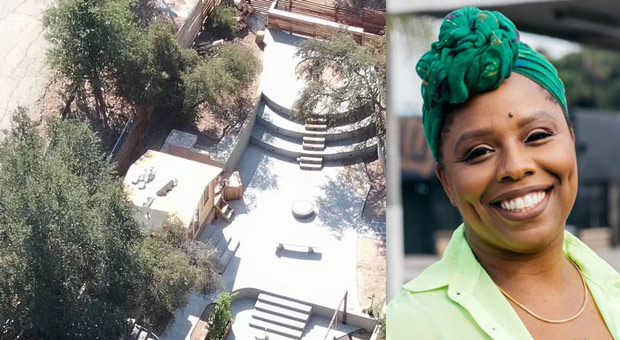 The 2,380-square-foot property sits in Topanga Canyon, an upmarket area of Los Angeles.

Since Patrisse purchased the property in 2021, her home has undergone multiple renovations.

The most recent additions included a newly-fitted sauna and plunge pool.

Cullors stepped down as executive director of Black Lives Matter in 2022 after it was revealed that she amassed an extensive range of property investments, despite declaring herself a “trained Marxist.”

Cullors said questions about her properties are ‘right-wing bullying,’ arguing her homes were purchased with the financial windfall from book deals and speaking events.

The Daily Fetched reported on Friday that Sharon Osbourne greed with Kanye West that BLM is a “scam” and demanded a refund of $900,000 she had already donated to the movement.

Osbourne did not say specifically that she wanted a refund but expressed confusion surrounding the outrage over West’s fashion show in Paris.

“I don’t understand why white lives don’t matter,” she asked.

The shirt, featuring a photo of Pope John Paul II on the front, was worn by models on the catwalk, West, and political commenter Candace Owens, a guest at the show.

So, if you steal the gold,and despite being caught,you’re allowed to keep it.
Huh…

These swindlers are brazen because the corrupt federal authorities protect them.