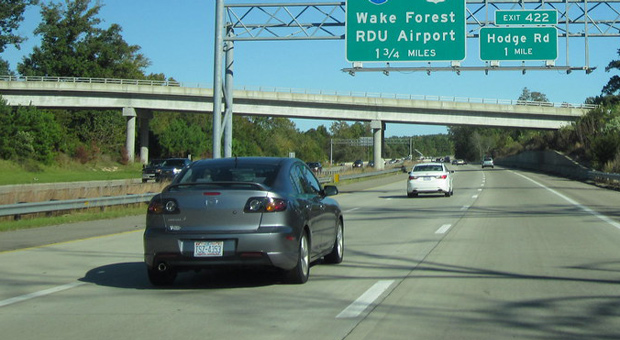 The freedom of cruising down the open stretches of America’s highways could soon be over if Congress fails to act on what’s hidden in the Biden-McConnell infrastructure bill.

Barr says the government will be given the power to shut off your vehicle remotely if you are deemed to be partaking in any “illegal” activity.

Here are the full details from Motorious:

“According to an article written by former U.S. Representative Bob Barr, hidden away in the recently passed infrastructure bill, the very one I warned before would negatively impact drivers across the country if it were to pass, is a measure to install vehicle kill switches into every new car, truck, and SUV sold in this country. The regulation likely won’t be enforced for five years, so maybe there’s time to do something about this.”

“As we’ve seen both in this country and others recently, what constitutes “law-abiding” can change drastically overnight. For example, in September, a car was pulled over in New Zealand, and the occupants were arrested when police discovered the trunk was full of Kentucky Fried Chicken meals.”

“They were smuggling the fast food to customers in locked-down Auckland, against quarantine measures. Yet not too long before, delivering restaurant orders to people was considered a reputable, legal activity.”

“It gets even better: Barr points out that the bill, which has been signed into law by President Biden, states that the kill switch, which is referred to as a safety device, must “passively monitor the performance of a driver of a motor vehicle to accurately identify whether that driver may be impaired.”

“In other words, Big Brother will constantly be monitoring how you drive. If you do something the system has been programmed to recognize as driver impairment, your car could just shut off, which could be incredibly dangerous.”

“There is the possibility the kill switch program might measure your driving as impaired, then when you try to start the car up again the engine won’t fire up. That would potentially leave you stranded.”

“But wait, there’s more. This kill switch “safety” system would be open, or in other words there would be a backdoor. That would allow police or other government authorities to access it whenever.”

“Would they need a warrant to do that? Likely not. Even better, hackers could access the backdoor and shut down your vehicle.”

By August 2026, your freedom to operate a new vehicle will be subject to an algorithm determining if you are a criminal.

The police will also have the power to search your automobile until they discover something they can arrest you for.

Also, your vehicle is at risk from hackers who could access the backdoor remotely.