Biden Inflation: Americans Resorting to Selling Their Own Blood To Survive 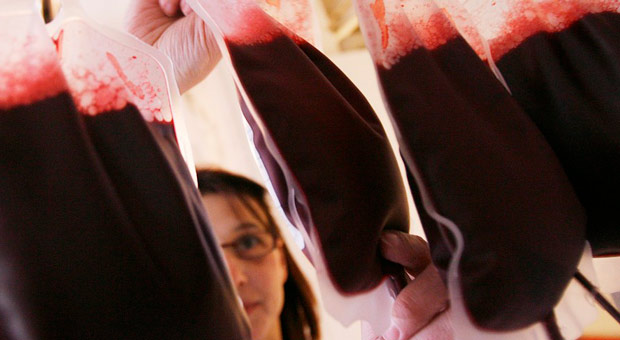 As prices of literally everything soar to four-decade highs under the Biden administration, some Americans are resorting to selling their blood to plasma clinics to earn extra cash.

31-year-old Cashe Lewis of Denver, Colorado, is struggling to find a third job to pay the bills under the rising shelter inflation.

According to a report from the Guardian, Lewis works gruelling 16-hour days six days a week to pay bills.

“I’m exhausted all the time … on the one day I have off a week, I donate plasma for extra money. I’m literally selling my blood to eat because I have no choice,” Lewis said.

She said inflation makes “nothing affordable, and the roadblocks set up to keep people in the cycle of poverty benefit the most wealthy members of our society.”

Lewis said: “We aren’t living, we’re barely surviving, and we have no choice but to keep doing it.”

As soaring inflation under the Biden administration wipes out real wage growth, more Americans have resorted to working multiple jobs.

Real wage growth has been negative for 18 consecutive months.

Meanwhile, the personal savings rate has plummeted to multi-decade lows at 3.1%.

Some experts worry that the pace of consumer credit growth is getting out of hand as household debt loads soar.

Despite the cold hard figures, MSNBC’s Joy Reid claimed Americans were oblivious to inflation until conservative political candidates began talking about it.

Reid claims the public was comfortably unaware of the inflationary/stagflationary crisis until Republicans highlighted it on the campaign trail.

In other words, Reid’s term “oblivious” is apparently code for “stupid.”

This is precisely why Hillary Clinton lost the 2016 election by dismissing the average American as “deplorable” and stupid.

According to a recent poll, most Americans (over 90%) now rate inflation as their top concern going into the midterm elections.

It has gotten so bad many Americans are scouring the internet for where they can donate plasma for money.

Hernandez said blood donations have doubled in the last year, coinciding with inflation.

“Inflation. Everybody who comes here obviously they talk to us, and they tell us that it’s difficult to make ends meet,” he said.

As polling data shows, people are waking up to Biden’s failed policies which have made their lives worse.

Democrats are dirty, lying scoundrels with little to help the American people except blaming everyone but themselves for the rotten job they have done for the past 2 years… 2 years in control of the WH, House and Senate and little positive to show for the American People