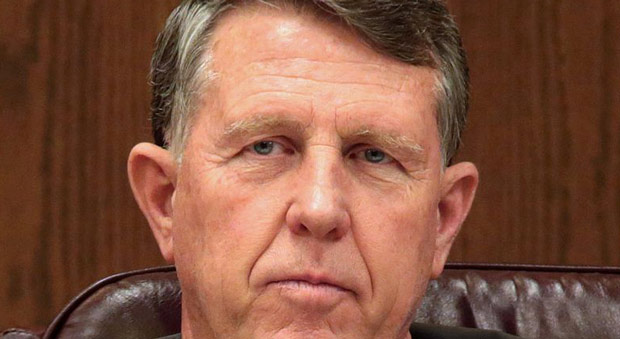 Farnsworth alleges the children are sold into sex slavered after being removed from negligent parents.

The Senator also called the police on one of his GOP colleagues, alleging she threatened his life.

Farnsworth says the Arizona of Child Safety is to blame for 550 children currently missing.

The news first appeared in the Yellow Sheet Report – an insider newsletter aimed at lobbyists and government officials.

Farnsworth expressed fears children have been abducted and sold into a global sex trafficking ring.

He also said he has been holding meetings with DCS, critics of the agency, and fellow lawmakers, including Brophy McGee.

Not a conspiracy theory

Farnsworth acknowledged his claims might seem outlandish, clarifying he didn’t believe DCS officials were actively selling children, but they were allowing children to be snatched by predators.

The Republican Senator said he’s more convinced than ever that children are removed from their parents and put into foster homes before sex-trafficked.

“When I first heard about this, I believed that children from Arizona (DCS) were ending up in sex trafficking. Now, after the research I’ve done, I’m confident of it,” he told Yellow Sheet. “But I can’t prove it.”

The two former Republican state senators from other states killed within days of each other last month, Farnsworth says, were “executed” because they were investigating global sex trafficking rings linked to their states.

The dispute between Farnsworth and Brophy McGee stems from what she said was a conversation in which she told her colleague that both she and her husband were concerned for her safety after some of Farnsworth’s allies in the child-sex-ring investigation began harassing her and spreading rumors that she and others are involved in illicit child kidnapping schemes. Brophy McGee told the insider publication that Farnsworth’s compatriots are “unbalanced” and have forced her to have Senate security guards escort her to and from meetings about DCS, but Farnsworth has been unconcerned.

Bur Farnsworth told Yellow Sheet that, while he initially didn’t take Brophy McGee’s comments seriously, he decided to file a complaint with DPS because the “best deterrent to a threat is for more people to be aware of it.”

Several years ago attorney/radio host Mike Siegel claimed he had evidence of Washington State politicals in Olympia who were abusing foster or orphan kids. It caused a huge uproar and some heavyweights there soon had Siegel removed. After he left, that report and investigation was not heard from again. One wonders IF it were true, could there be a tie to a similar episode in AZ? With the state of the current DOJ and the influence of the leftists and the sniffer in the WH, is there a real way to investigate the claims? Epstein was a predator. There was another billionaire in Canada with a similar operation. How can a state agency lose well over 500 kids?

I just have one question. When are the guilty going to be held accountable? When? Without a single doubt this evil is indeed happening to children all across this nation. Wait until parents find out that it was their very own government who snached their child. I pray they all get their just reward.

In NYC the same is done against children (and women) who are missing and never found, despite those public “missing” posters.

Not to mention the 85 little black orphans used as lab mice and that suffered tortuous, horrible deaths from an experimental medicine for aids in 2005 for which fauci approved funding. Where was the DOJ? Does not the funder bear responsibility? Of course, a funder is responsible for those deaths. They are all buried on the grounds at the orphanage in NY.

o*g I recently read that in my State, Massachusetts. At a handicapped children school((closed in the late 60, 70’s) they did experiments on the children. Broke my heart. I seem to remember it was about getting state funding at the time, that it closed.

Why do I have absolutely no difficulty in believing this?

We are living in very sad times with missing children, young adults, and adults. I don’t care who says what, or from what state or place. When there is the possibility of some one missing, it’s the responsibility of all people to try and find them, and figure it out. I’m 72, and remember growing up reading about children missing, their photos on milk cartons, in newspapers, magazines. Why did they stop doing that? No one following it up, no updates. This is not acceptable. Wait when people learn the truth, world wide, a lot of tears going to be shed. In turn I pray a lot of heads roll too.

For decades anyone who has come close to exposing any branch of this international child trafficking ring didn’t live long enough to see these reprobates come to justice. I do believe their evil time is expiring very, very soon.

Nancy Pelosi Caught Out Over Mysterious 'Timing' of Her MASSIVE Stock Trade, DOJ Lawsuit
In the closing days of Nancy Pelosi’s reign as House speaker and weeks before an antitrust lawsuit...
No posts found
wpDiscuz
8
0
What are your thoughts? Click to commentx
()
x
| Reply