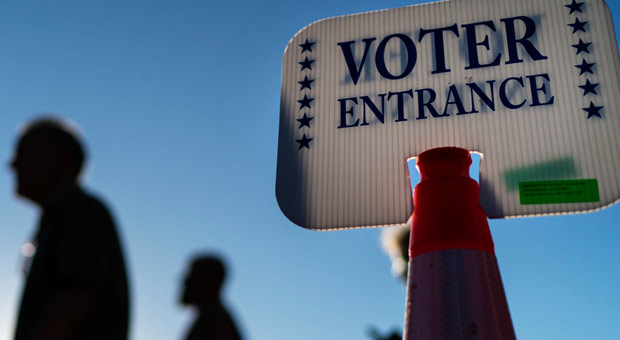 In what looks like a looming repeat performance of the 2020 election, ABC News reports that a “red mirage” could make it look like a Republican “red wave” on election night, because it could take weeks to finish the total vote count.

The outlet’s recent article, titled ‘Early election night results might not indicate final tallies (and why that’s OK),’ appears to be them signalling more of the same from what happened with the vote counts during the 2020 election.

The piece goes on to explain how Republicans may “appear to be leading their Democratic opponents, even by large margins” in federal and statewide races, but their leads “will dwindle, or crumble completely” after “dumps” of mail-in and absentee ballots are counted after election day, which could take “weeks.”

But the piece fails to explain why America can’t count all the votes on the night, despite the developed countries being able to count votes in one night.

“This phenomenon was popularized as the “red mirage” or the “blue shift” after the 2020 presidential election, when former President Donald Trump took a deceptive lead in several competitive states on Election Day due to delays in counting of Democrats’ mail-in ballots — their preferred method of voting due to the COVID-19 pandemic — only to eventually dissipate when the entire reserve of votes was totalled,” states the report.

Democrats blamed COVID-19 for using mail-in ballots in 2020, but this is no longer a factor since all the restrictions have been lifted.

“The red wave nearly every pollster is predicting is actually just a “mirage” ready to be corrected through “election fortification” and “perceived” late-night ballot dumps,” commented Chris Menahan.

Earlier this week, White House Press Secretary Karine Jean-Pierre said that the vote count may take “days,” adding, “That’s how this is supposed to work.”

There was no such narrative in the 2018 mid-terms, so why now?

Delaying the election result is another way Democrats can repeat what happened in the 2020 election.

According to polls, sixty-one percent of Republicans believe Biden didn’t win legitimately in 2020, while almost a third of Americans think Biden won thanks to voter fraud.

According to a recent Pew survey, a slim majority of 56 percent of Republicans think “the midterm elections in the U.S. will be administered very or somewhat well, with just 11% saying they will be run very well.”

Meanwhile, the Washington Post forecasted that Republicans would regain control of the House and flip the Senate.