WEF’s Harari Predicts Bleak Future for Humans: You’ll Need to “Relearn How to See and Walk” 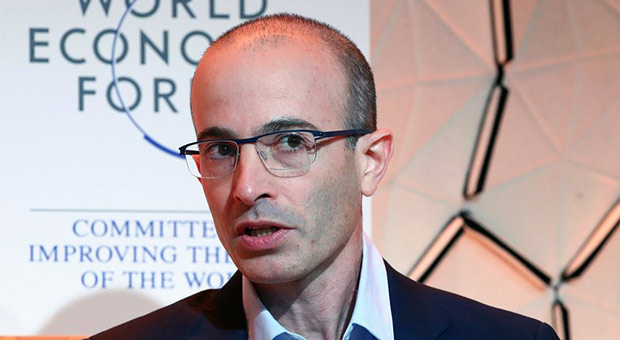 The WEF adviser noted humanity’s capacity for change and abstract thinking in his vision of a technologically driven dystopian world confined within the virtual reality framework.

Harari said that people would need to “let go” of the human experience and embrace a virtual reality world where they would need to relearn how to see and walk.

“Maybe the most important quality to survive and flourish in the 21st century is to have mental flexibility — not just to keep learning and changing again and again — [but] also to keep letting go,” Harari said.

“But what does it mean that I have to relearn how to see and walk? As virtual reality improves — and with all the talk of the Metaverse and so forth, which we will discuss later on — increasingly, it’s likely that [there] will be many more activities shifting from the physical biological world that we know into a new reality — a virtual reality — which has different physical and biological laws,” he continued.

“Can we as humans just shift to the immaterial realm of the Metaverse and leave our biological bodies behind? Or is it impossible or even dangerous to try and separate our kind of mental existence from our bodily and physical existence?” he asked.

Bilyeu alluded to the centrality of physicality to the human condition while considering a technologically-driven attempt to divorce humanity from physical existence.

“I am very grounded in biology,” he stated.

“Will it be interesting for an entirely virtual species to inhabit [virtual reality]? Maybe that could be cool, but that doesn’t help us. So even people thinking about uploading their consciousness — I’veI’ve thought through that one a lot — it would be a copy of me, but it wouldn’t be me.”

He continued, “So all of this sadness of death that I would be hoping to avoid by doing that doesn’t help. Maybe it kind of gives the same sense of having a kid, but it wouldn’t by any means save me from having to deal with death.”

“We just don’t need the vast majority of the population,” he said during an interview with Chris Anderson, the head of TED.

As usual this is not NEWS but a persons opinion. Most opinions are BS!!!!!!

Your MISSING the point. This is a KEY person in the WEF. RIGHT HAND MAN to Klaus Swab the head and founder of the WEF. Swab has bragged about how many world leaders are his accolades. In Canada he started they not only have Trudeau, but over half the parliament. Many USA presidents the current Ukraine President, and many European leaders STUDY under him at the WEF.

Swab wants a one works government with China as the example. Thinks we have too many useless eaters.

Go out and read his book the great reset. That was one of the campaign slogans Biden used… Interesting that a BUNCH of world leaders used the great reset, and build back better. Never heard before that a bunch of politicians from around the world using the EXACT SAME slogans while running for office.

DONT buy in the the FEAR

You forgot to mention blah

Future humans will have three eyes, the normal two we have now to stare at their iPhones, and a third eye in the middle of their forehead to see where the h**l they are

Perhaps its time to reopen the mental institutions. Folks like Harari clearly belong in one.

This guy is a nut

The Metaverse will fail. People want real, human interaction, not The Matrix.But, as usual, they think if the talk enough about something it will become reality.

Left-Leaning 'The Breakfast Club' Hosts Stunned as Callers Say "I'd Rather Have Trump" than Biden
Hosts of Charlamagne tha God’s left-leaning ‘The Breakfast Club’ were left stunned...
No posts found
wpDiscuz
11
0
What are your thoughts? Click to commentx
()
x
| Reply