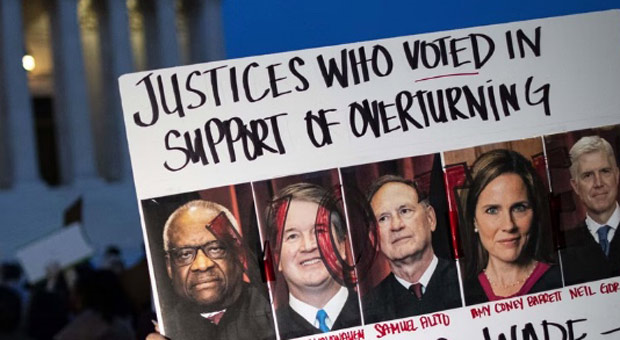 In a now deleted tweet, Millhiser announced an update of his “prewritten obituaries” before sharing his thoughts on the “death” of Justice Samuel Alito.

“Justice Samuel Alito, who died on XXXX, was not devoid of any positive traits,” Millhiser wrote in his fake obituary.

“He was a skilled attorney and a highly effective advocate for conservative causes,” noted Millhiser in his fake obituary.

“Had he spent his career as a litigator, he would almost certainly be remembered as one of the Republican Party’s leading Supreme Court practitioners,” he continued.

Millhiser went on to describe Alito as a “radical, partisan judge.”

“The problem is that Justice Alito was, indeed, one of the Republican Party’s leading Supreme Court advocates — but he embraced this role while he was a sitting justice,” concluded Millhiser.

The news comes not long after an attempted assassination of Justice Brett Kavanaugh by 26-year-old Nicholas John Roske.

Roske stated he wanted to “alter history” as the reason for his assassination attempt.

“I could get at least one, which would change the votes for decades to come, and I am shooting for 3 all of the major decisions for the past 10 years have been along party lines, so if there are more liberal than conservative judges, they will have the power,” Roske said on a Reddit forum.

Over the past month, pro-life centers across the U.S. have been plagued with violence and vandalism following the Supreme Court overturning Roe v. Wade.

An Ohio pro-life organization has been attacked twice since the overturning of Roe v. Wade last month by the U.S. Supreme Court as some heated pro-choice supporters have targeted many centers across the country.

Executive director of the Right to Life of Northeast Ohio, Allie Frazer, told Fox News the center was targeted immediately following the overturning of Roe on June 24 and again on July 8.

“As pro-lifers, we know what our work might cost us something and that very well could be our physical safety,” Frazier said.

“I think that it’s important in moments like this for the pro-life movement to be really clear that we’re not going to be intimidated. We will save babies. We will protect women. And we’re not going to let threats of violence stop us from doing that.”

Surveillance of the attack captured the suspect wearing a hoodie and face mask spray, painting the sidewalk with the words ‘If abortion isn’t safe, neither are you.’ The exact words have been seen at other pro-life offices in various states.

More footage captured the moment the suspect walked towards a window of the facility, breaking it with a hard object before running off.

Earlier this week, the Biden administration sued the state of Idaho over a law that it says imposes a “near-absolute ban” on abortion.

Time to exterminate the filthy British Royals for meddling in our Constitutional Republic.

You are all kinds of mental. A typical vox subscriber

Since Chuck U. Schumer called out Justice Kavanaugh by name and said, “I want to tell you, Kavanaugh, you have released the whirlwind and you will pay the price, you won’t know what hit you” Maybe he should be investigated to see if he has any ties to the left-wing nut case that went to Kavanaugh’s home to assassinate him.The loss of Justice Kavanaugh from the Court would be a gain for slimy democRATs and Chuck U. Schumer. It would not be a surprise if Nasty Pelosi is in on it as well.
Will we see a hearing and investigation of Chuck U. Schumer and Nasty Pelosi?