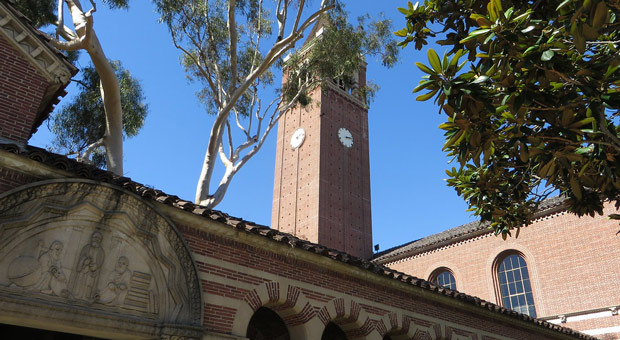 USC’s School of Social Work has decided to remove the word “field” from its curriculum and practice because it “could be considered anti-black or anti-immigrant” to someone who is “going into the field.”

The university said, “our goal is not just to change language but to honor and acknowledge inclusion and reject white supremacy, anti-immigrant and anti-blackness ideologies.”

“We have decided to remove the term ‘field’ from our curriculum and practice and replace it with ‘practicum,'” the university added.

“This change supports anti-racist social work practice by replacing language that could be considered anti-black or anti-immigrant in favor of inclusive language,” read a letter from the Practicum Education Department.

The letter was shared by board-certified M.D. Ophthalmologist and Ph.D. research scientist, Houman David Hemmati, said the USC Suzanne Dworak-Peck School of Social Work “will no longer use the word ‘field’ (as in ‘conducting field work’) because it’s perceived as racist.”

“Language can be powerful, and phrases such as ‘going into the field’ or ‘field work’ may have connotations for descendants of slavery and immigrant workers that are not benign,” the letter continued.

The department added, “our goal is not just to change language but to honor and acknowledge inclusion and reject white supremacy, anti-immigrant and anti-blackness ideologies.”

Meanwhile, the Interim dean of the USC Suzanne Dworak-Peck School of Social Work, Vassilios Papadopoulos, told Fox News that USC “is joining other universities in making this change.”

“Because the Office is not an academic department, its name change was not subject to a formal review process,” the interim dean said. “The university does not maintain a list of ‘banned’ or discouraged words.”

“As an institution of higher education, we will continue to use words — including the word ‘field’ — that accurately encompass and describe our work and research while also continuing our efforts to create a more inclusive and welcoming environment for all,” Papadopoulos added.

USC is one of many schools removing certain words because they are deemed racist.”

The University even deemed the word “American” as harmful, suggesting that “U.S. citizen” be used instead.