US Embassy in Moscow Tells Americans in Russia to Leave Immediately 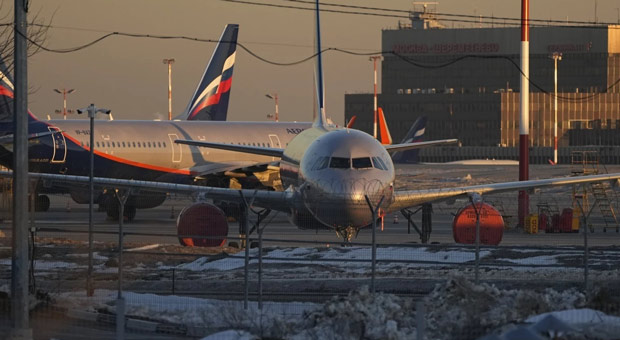 The United States Embassy in Moscow has told Americans still remaining in Russia to leave immediately.

The news comes on the heels of the possible deliberate attack on Nord Stream gas pipelines, which carries gas from Russia to Europe.

The embassy warned in a statement:

The embassy warned that flights from Russia are also becoming increasingly tricky as borders begin to close.

“Those residing or traveling in Russia should depart Russia immediately while limited commercial travel options remain,” the warning continued.

“Commercial flight options are extremely limited at present and are often unavailable on short notice,” the statement continued.

RELATED: Putin: The ‘Main Threat’ to Russia ‘Is the United States’

Kremlin spokesman Dmitry Peskov said that claims that Moscow could be behind the possible attack as “quite predictable and also predictably stupid.”

Meanwhile, Fox News Tucker Carlson had the same notion that the Biden administration was behind the Nord Stream attack.

Here is a transcript of what Carlson said on Fox News:

We can clearly see, he said, this was an act of sabotage, an act of terrorism. Well, yes, we can see that. So, the question is, who did it? And of course, the prime suspect is obvious. It would be the same man who caused domestic inflation here in the U.S. and stole the 2016 election from Hillary Clinton. That be Vladimir Putin. The Washington Post got right to it. “Putin,” they declared, “is now weaponizing the Nord Stream pipelines.”

According to the Canadian ambassador to the U.N., Vladimir Putin has decided to use “pollution as an act of war.” Progressive Twitter strongly endorsed this conclusion. Putin did it and that makes sense until you thought about it for just a moment. Vladimir Putin may be evil. They tell us that he is evil, but is he stupid? Probably isn’t stupid and yet and, here’s the strange part, if you were Vladimir Putin, you would have to be a suicidal moron to blow up your own energy pipeline. That’s the one thing you would never do.

Natural gas pipelines are the main source of your power and your wealth and most critically, your leverage over other countries. Europe needs your energy now more than ever with winter approaching. If you can’t deliver that energy, then countries like Germany have no need to pay attention to what you want. You’re in the middle of a war, an all hands-on deck war, so you need all the leverage you can get. Under these circumstances, there is no chance you would blow up Nord Stream 1 or 2.

Not now, obviously. In fact, it’s so obvious that even as our famously dim secretary of State, Tony Blinken, seemed to acknowledge it, sabotaging Nord Stream, he said today is “clearly in no one’s interest.” Right, but really only half right. It is true that blowing up Nord Stream does not help Vladimir Putin. He would not do that. Why would he? But that doesn’t mean that other countries wouldn’t consider doing it. They would consider it and we know they have considered it because at least one of them has said so in public. In early February, less than three weeks before the war in Ukraine began, Joe Biden suggested on camera that he might take out these pipelines.

As a report from the Gateway Pundit notes: Russia didn’t need to blow up the pipelines. Russia controls the valves that send or halt gas flow to Europe, and she’s already turned off the spigot. Russia paid for a portion of the pipeline and expects to resume profitable energy exports to Europe once the war with Ukraine settles:

While we don’t know for sure whether the United States blew up the pipeline, we do know for sure the United States has the means, motive, opportunity, and moral deficit necessary to drive the world to the edge of armageddon in pursuit of power for its elites. And a former Polish Minister of Defense and current member of the European Parliament was quick to affix the blame (or credit) for the explosion.