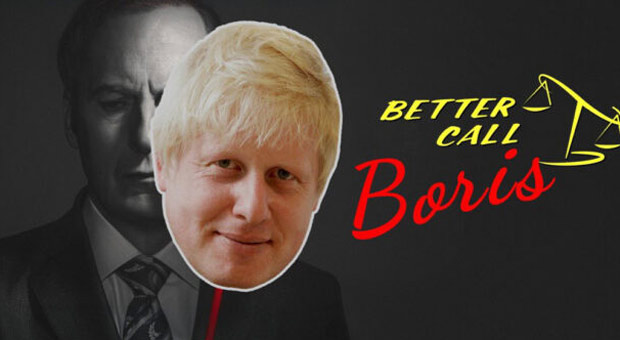 Johnson, rumoured to be one of the candidates vying to replace Liz Truss, received an endorsement from the Ukrainian government.

The Ukrainian government’s official account on Twitter posted a meme likened to the American television programme Better Call Saul with Johnson’s face and the title switched to “Better Call Boris.”

Although the Twitter post was later deleted, Ukraine’s preference for Mr. Johnson is not surprising, given his stance against Russia following the invasion earlier this year.

Meanwhile, reports that Boris had cut his Caribbean vacation short for a ‘political comeback’ comes weeks after his party forced him out

Boris has pledged billions in taxpayer money for weapons and other aid to the Ukrainians, making several trips to Kyiv (Kiev) to meet President Volodymyr Zelensky.

Johnson was also awarded the highest honor the country can bestow upon a foreigner, The Order of Liberty.

The former PM said the soaring cost of energy bills and taxpayer money was the price worth paying to ensure Ukrainian “freedom.”

Despite a series of scandals, including breaching his own lockdown rules and the over-up of alleged sex pest and Johnson’s former deputy chief whip Chris Pinche, Johnson is seen as one of the frontrunners to replace Liz Truss in the leadership contest.

For Boris to regain control as Prime Minister, he first needs to secure the backing of at least 100 Tory MPs before a potential membership vote if another candidate meets the 100 MP threshold.