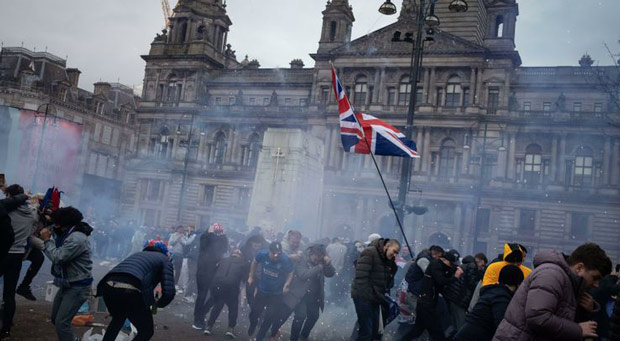 The United Kingdom is facing “widespread civil unrest” as the soaring cost of living threatens to push middle-class earners into poverty.

As Inews reported earlier this month, the figures, released by utilities consultant BFY, would represent a 74 percent increase to the energy price cap, which already rose by 54 percent to £1,971 in April.

Some Brits are now preparing to refuse to pay their energy bills as an anonymous campaign urging people not to pay gathers pace.

The group, which calls itself Don’t Pay, urged people to cancel their direct debits for gas and electricity from 1 October.

“Even if a fraction of those of us who are paying by direct debit stop our payments, it will be enough to put energy companies in serious trouble, and they know this. We want to bring them to the table and force them to end this crisis.”

“On 1 October, if the government and big energy companies have not reduced our bills to an affordable level and if we have critical mass pledged to cancel their bills, we all cancel them on the same day.”

“It can only work if we believe in each other and show the powers that be that we would not stand for being treated as cash cows.”

But British households were warned that refusing to pay energy bills could mean their power gets cut off.

READ MORE:  Adidas Terminates Partnership with Kanye West: 'We Do Not Tolerate Antisemitism'

As The Mirror reports:

The charity StepChange has said not paying energy bills can mean homes get their gas and electricity disconnected.

Richard Lane at StepChange said: “If you don’t pay your gas or electricity bills, your supplier can collect the debt you owe using a debt collection agency.

“They can also get a court warrant to enter your home to fit a pre-payment card meter.”

“They can also get a court warrant to enter your home to fit a pre-payment card meter.”

Lane said anything you owe your energy supplier can then be added to this meter. In the worst-case scenario, energy firms can remove your meters and cut the power off.

Inflation is also set to hit 15 percent in 2023 amid the aftermath of the economically devastating lockdowns imposed by the government.

“That’s not something I would like to see, but I think it’s almost inevitable that unless the Government does take much more effective action to help people, there will be widespread civil unrest.”

Storm the energy companies and string up the execs