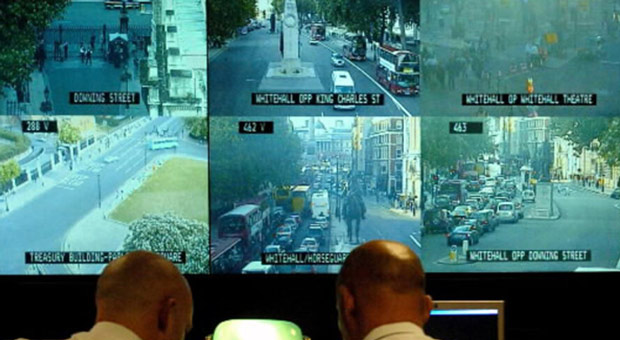 Earlier this month, The Daily Fetched reported Oxfordshire County Council in the UK approved plans for a ‘trial’ climate lockdown using traffic filter permits to ban residents from travelling outside their district.

The plan includes splitting Oxford into six zones, preventing residents from driving into certain areas without a permit.

As The Daily Fetched noted in its earlier report:

Under the scheme, the government would reportedly profile those who request permission to leave their city, and residents would only be permitted to leave their zone a maximum of 100 days per year.

Under the scheme, the government would reportedly profile those who request permission to leave their city, and residents would only be permitted to leave their zone a maximum of 100 days per year.

The scheme would see the implementation of a barrier separating six zones of Oxford, banning residents from traveling to restricted areas between 7.00 am and 7.00 pm seven days a week.

The plan is targeted to be in place by the summer of 2023.

What are Traffic filters?

Assuming you are approved by the government, using your vehicle to drive to work daily will guarantee you will use up your permitted allotment.

How do traffic filters work?

But the plan has faced significant pushback amongst locals who have branded the scheme as an Orwellian “climate lockdown.”

One angry resident said this at the council meeting:

“Welcome to Oxfordshire Open Prison because this is what is being delivered.”

“I used to work for prison service, so I know how open prisons work. These districts and these filters and gates and signs that are being forced on to the people of Oxfordshire without their democratic consent.”

Below is more evidence of pushback against the UK scheme:

Some compared the scheme to the ‘Hunger Games’ movie:

Meanwhile, in a video, Swedish journalist Peter Imanuelsen noted how people were called” conspiracy theorists” for warning about climate lockdowns:

Urbanism trends come and go: Broadacre City, Radiant City, EcoCity. Yet the “15-minute city” concept—which implies having all necessary amenities within a short walk, bike ride, or public transit trip from one’s home—has demonstrated stickiness not just as an idea, but as a powerful tool for action – from Paris to Seoul, from Bogotá to Houston.

For longtime urbanists, the 15-minute city seemed to merely repackage the historic urban pattern of development: walkable, mixed-use districts. Old wine, new bottle, as the saying goes. But for a new framing to ignite a global urbanism movement, clearly there’s more going on.

The obvious, yet incomplete, answer is the pandemic. Would Paris’s Mayor Anne Hidalgo have pushed for progressive urban design without this framing? Undoubtedly. But with COVID-19 and its variants keeping everyone home (or closer to home than usual), the 15-minute city went from a “nice-to-have” to a rallying cry. Meeting all of one’s needs within a walking, biking, or transit distance was suddenly a matter of life and death. The pandemic created an urgency around equitable urbanism that sidelined arguments about bike lanes and other “amenities” that have roiled communities for years.

The term was coined in 2016 by Sorbonne professor Carlos Moreno, who was given an Obel Award in 2021 for developing the idea. The graph below comes from a Google Trend search of worldwide usage of the term; the peak in the middle is approximately November 15, 2020.