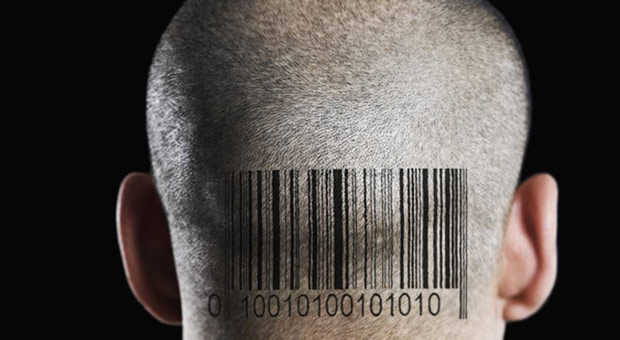 The pilot scheme is designed to enhance firm’s ability to measure and manage “climate-related financial risks.”

The exercise, set to launch in 2023, will publish details of the climate, economic, and financial variables that make up climate scenario narratives.

Banks taking part in the exercise include:

According to the Federal Reserve’s official government website, the Board will provide additional details on how the exercise will be conducted.

According to the Dossier on Substack, the pilot program is a social credit system under the guise of climate economics.

This is a significant step in facilitating an ESG-compliant monetary network, which parallels China’s social credit scoring system.

In August The Epoch Times reported:

The WEF also has touted companies such as climate tech startup Doconomy, which, in partnership with Mastercard, has developed a credit card that can track the carbon footprint of all your purchases, including food and travel, and cuts off your spending when you hit a certain personal emissions limit. For those who don’t want to carry a mobile phone or wallet everywhere they go, a company named Walletmor has developed a chip, implanted in your hand, that carries your personal information and can simply be waved over a sensor to make payments.

Meanwhile, the Federal Reserve is working with large banks to monitor their ability to comply with a new system of banking surveillance.

he New York Times reported “that it often lagged behind its global peers when it comes to talking about and coming up with a plan for policing risks related to climate change.”

Guess I am going to have to close my Chase account.

Get out. We closed all chase accounts about 10 years ago.

Sure glad my bank wasn’t one of them. I hate changing banks. More government controls. Allow this to show people how big corporation banks are party to this socialist c**p. As I was writing my Secretary advises that we do business with one of them. We won’t come Next Monday morning!

Have you considered switching to a Credit Union?

Do these companies not have some kind of fiduciary duties to their stakeholders, customers and the like? Just asking for a friend.

We are dealing with a nascent Marxist Insurgency, and as such, they will break all of the old rules and norms at first, and eventually they will seek to erase them entirely. Do not rest on ideas like fiduciary duty if you have deposits in their coffers; they have signaled with this ESG aka Social Credit experiment that they are willing to punish political dissent by freezing assets.

I imagine most of their stakeholders are on board with this. It is all part of the plan.

Most egregious of them all.

These are mostly money center banks not retail institutions with the exception of BoFa so consumers can’t can them at the retail level so the market can’t f**k them like they did to PayPal, but if we can replace the 47 RINOs in the Senate we can demand them get seriously sanctioned to the point of being cut in half and thousands of libtards will lose their jobs. As it is a lot of the people at these org are goings to get laid off in 1Q23 so that is a good thing. But you have to get rid of the people at the top, they are the criminals backing the globalist scumbags.

Climate change????? It’s happening all the time relax banks and do what you are supposed to do and leave the Climate Change Fools play with themselves!!!!!

So who needs banks? We will transact some other way.

I left the banks 30 years ago for Credit Unions. Never regretted that. Loans are easier and cheaper and local. F those banks.

All of this because so many people have bought into the climate emergency narrative. An absolute waste of resources and lining the pockets of the climate pimps.

Karl Marx ….etc and Shwab are children of Khazar teaching that under fake Judaism made all the world to be slaves of one Massiah

Germany Bans Farmers from Fertilising Own Land to Serve EU 'Green Agenda'
Farmers in Germany have been banned from properly fertilizing large areas of their land under strict...
No posts found
wpDiscuz
18
0
What are your thoughts? Click to commentx
()
x
| Reply