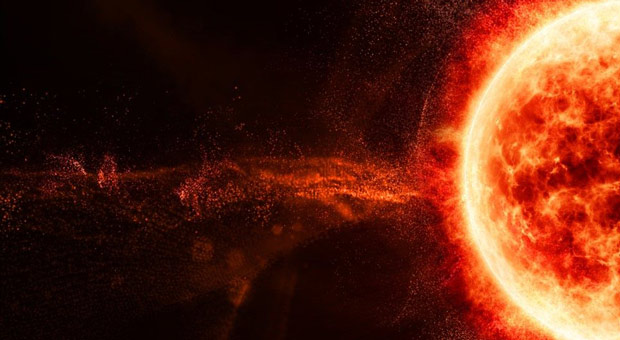 Incoming solar storms could destroy many satellites in the next five years, with some capable of destroying the internet and smartphones, according to Tzu-Wei, a space scientist at NOAA’s Space Weather Prediction Center (SWPC).

During the 36th Small Satellite Conference in Logan, Utah, on August 8, Fang told crowds, “Whatever you’ve experienced in the past two years doesn’t matter.”

“Whatever you learned the past two years is not going to apply in the next five years,” he added.

The new solar activity cycle is much stronger than previously thought, which could present an array of problems for satellite operators trying to maintain functionality and keep their spacecraft in orbit.

Fang also warned during a panel discussion organized by the Secure World Foundation that the February solar storm, responsible for dozens of newly launched SpaceX Starlink satellites being destroyed, was just the tip of the iceberg.

“That storm was actually a minor storm in our catalog,” she said. “It’s not a huge storm.”

The new solar cycle will also have more drag on satellites as heat from solar storms increases its density.

One such incident was in February when a solar storm caused 38 of 49 newly launched SpaceX Starlink satellites to reenter the atmosphere.

The spacecrafts’ thrusters buckled under the increased atmospheric drag due to the solar storm, causing the satellites to fall back to earth.

SpaceX has been working with SWPC to determine how space weather models can more accurately predict solar storms and prevent satellites’ destruction.

The Solar Cycle 25 follows an 11-year period that was relatively calm. During that period, more satellites were launched than ever before.

Scientists like Fang emphasize the importance of data coordination between SpaceX and SWPC because most existing satellite technicians are not ready for the new incoming solar storms.

What’s worse, Solar Cycle 25 is now moving in a direction much stronger than anticipated and won’t peak until the middle of 2022.

“If you look at the beginning of this year, things are very crazy. We’ve had a solar flare almost every week,” Fang warned.

For decades Scientist have warned solar storms could cause destruction of electrical grids and potentially cause prolonged blackouts.

As Wired reported earlier this year:

Less examined until now, though, is the impact such a solar emission could have on internet infrastructure specifically. New research shows that the failures could be catastrophic, particularly for the undersea cables that underpin the global internet.

At the SIGCOMM 2021 data communication conference on Thursday, Sangeetha Abdu Jyothi of the University of California, Irvine presented “Solar Superstorms: Planning for an Internet Apocalypse,” an examination of the damage a fast-moving cloud of magnetized solar particles could cause the global internet. Abdu Jyothi’s research points out an additional nuance to a blackout-causing solar storm: the scenario where even if power returns in hours or days, mass internet outages persist.

“What really got me thinking about this is that with the pandemic we saw how unprepared the world was. There was no protocol to deal with it effectively, and it’s the same with internet resilience,” Abdu Jyothi told WIRED ahead of her talk. “Our infrastructure is not prepared for a large-scale solar event. We have very limited understanding of what the extent of the damage would be.”

Remember how useful all their Y2K warnings were?

More lies. For one, there is no such thing as a solar storm- another hoax to instill fear. If anything happens, it will be man-caused using DEW and other devices in order to distract you while they execute more tyrannical actions to steal your rights.