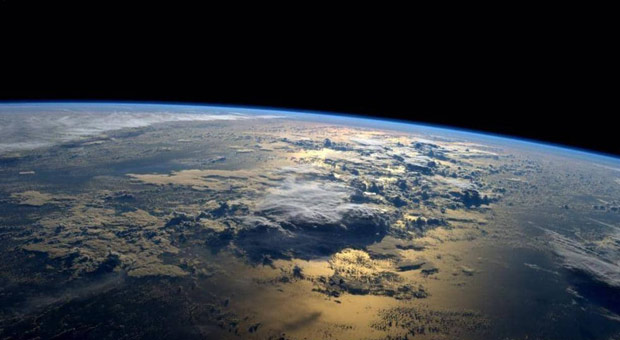 Climate change alarmists say that the earth is “spinning faster” because of “global warming,” amid calls for reducing carbon dioxide output.

In an article from Mic titled “Climate Change Is Literally Making the Earth Spin Faster,” A.J. Dellinger writes the days are getting shorter due to the faster rotation of the earth, citing a study published in the Journal of Geophysical Earth.

Dellinger writes that while a normal day on earth is made up of 86,400 seconds, June 29 saw “our shortest day on record,” – a 1.59 milliseconds faster than it usually would.

“As for what is causing the planet to speed up, well, it’s us,” Dellinger writes.

“Human-caused climate change has altered the makeup of the planet, including melting the ice caps so significantly that it appears to have changed the angular velocity of the planet.”

But according to another article from UK-based UNILAD, “Scientists don’t know why the Earth is spinning faster than ever,” the outlet cites several possible theories for the phenomenon, including something called the “Chandler wobble,” which refers to an irregular movement of the geographical poles across the globe.

The article also pushes against Dellinger’s assertion that June 29 was the shortest day in the earth’s history, adding that a billion years ago, “the Earth was closer to the moon, causing it to rotate a lot faster than it does now – as such, there were only 19 hours in a day.”

Blaming faster earth rotation has become another apparent tool of climate doomers, adding to a string of wild attributions to rising temperatures over the last decade.

In 2016, global warming was falsely blamed for a decline in coffee production, colder winters, and hurricanes.

In 2017, climate change was the scapegoat for the decimation of migratory songbirds.

In 2019, the Independent newspaper said “climate change” was responsible for lower potato yields, resulting in Pommes frites one inch shorter on average, citing an analysis by the Climate Coalition network and scientists at the University of Leeds.

Climate change has now become a convenient scapegoat for problems worldwide, including mass deaths of reindeer to the creation of “ghost forests” along the U.S. Atlantic seaboard, and wildfires.

Celebrities and politicians have jumped on the climate doom trend.

Former U.S. President Barack Obama took things a step further, claiming the rise of the Islamic terror group Boko Haram in Nigeria was because of partially because of climate change.

What is even more bizzare is veteran Loch Ness monster hunter Robert Rines halted his search for Nessie after 37 years, declaring the monster had probably been killed by global warming.

If the earth is spinning faster, then the days must be much shorter. No wonder I can’t get everything done. I knew that there was something to blame other than my laziness.

If you desire proof, the earthquakes in Chile and New Zealand a few years ago adjusted the earth’s axis from 25 degrees to 23.4 degrees. This caused the earth to speed up. If you desire references, I can furnish them. These two events moved JAPAN eight feet closer to China.

LOL! They’d listen to a monkey if you gave it an academic title and a government grant.

Correct me if I am wrong but the ice is closest to the poles if it were to liquify and spread out it would be farther from the earths axis of rotation which would cause the earth to rotate more slowly not more quickly, It would slow down not speed up,

Lucy to Charlie Brown: “Liberal scientist can prove that climate change is real”
Charlie Brown to Lucy” “They can’t even tell the difference between boys and girls.

Totally, here are three classics they cant answer….
1…the 490,000 year Antarctic Vostok ice core samples show a change in temp. always precedes a corresponding change in CO2 levels….always!
2….Geology show us that since the Cambrian explosion 600,000,000 years ago from whence all complex life evolved, CO2 levels have gradually diminished from an average of 8,000 Parts Per Million down to 210 PPM before the Holocene inter-glacial period and mainly due to the extra water vapour from the higher temps has rebounded to 410 PPM. How do they expect 410 PPM to be a catastrophic disaster when 8,000 PPM wasn’t?
3…Einstein has a scientific law in chemistry which proves in nature and the lab. that CO2
dissipates heat at the exact same rate heat is applied to it…meaning CO2 cannot store heat…meaning in turn CO2 cannot force heating…takes a brave man to go against Einstein, or an idiot, or a liar, especially without any evidence to the contrary……

PS The IPCC has just stated what we already knew, there has been no warming since 1998…the warmunists way of dealing with this? Start the graph a bit later in 2000 when temps had dropped quite a lot. In the same way they like to start most graphs from just after the little ice age. etc.

It’s all the cows farting in the same direction simultaneously.

a a ron
Reply to  Gary

If we genetically breed them so they have adjustable angles on their buttholes, we can get them to fart the earth on an axis bringing it farther from the sun, hence stopping global warming. Like an annular a**l acceleration azimuth adjuster…. or something.

It is even funnier considering that the Earth does not spin, never has and no proof that it does.

So no free speech on this platform?

I would like to see actual proof that carbon dioxide is bad for the planet. I don’t think there is.

What clevermeisters. Melting the polar ice cap would make the Earth spin SLOWER. But these are the same people who cannot figure out what bathroom to use in public places.

Germany Bans Farmers from Fertilising Own Land to Serve EU 'Green Agenda'
Farmers in Germany have been banned from properly fertilizing large areas of their land under strict...
No posts found
wpDiscuz
13
0
What are your thoughts? Click to commentx
()
x
| Reply