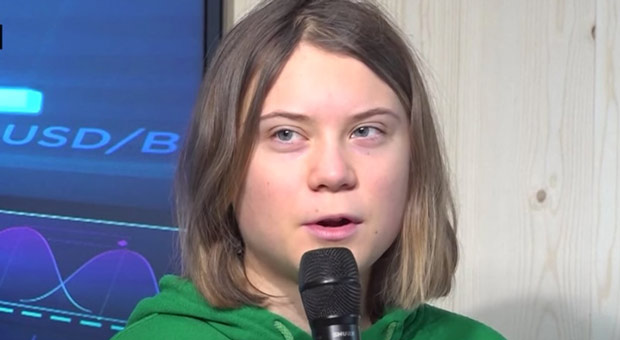 Climate brat Greta Thunberg seemingly turned on elites at the World Economic Forum in Davos, accusing those assisting her in promoting her climate change agenda of destroying the planet.

“And yet somehow, these are the people that we seem to rely on solving our problems where they have proven time and time again that they are not prioritizing,” Thunberg added

“They are prioritizing self-greed, corporate greed, and short-term economic profits above people and above planet.”

“Right now, the changes that we need are not very likely to come from the inside. Rather, I believe they will come from the bottom up, so to speak,” she said.

READ MORE: U.N. Chief Tells Elites at Davos He ‘Feels the Pain’ of Those Suffering from ‘Cost of Living’

Did we hear Greta Thunberg right?

“Because without public pressure, without massive public pressure from the outside, at least in my experience and these people are going to go as far as they possibly can as long as they can get away with it,” she continued.

Greta and the Davos gang so richly deserve each other.

Who cares what this illiterate spoiled brat thinks or says?