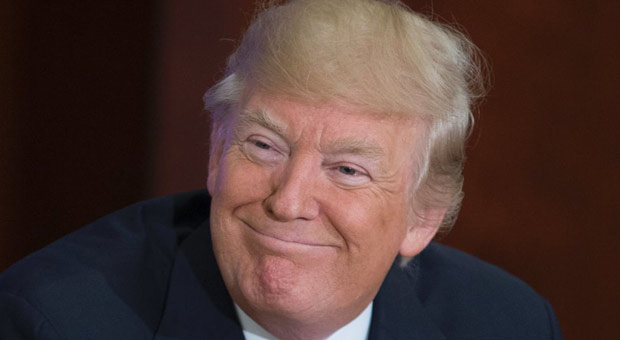 In a court filing, Durham said that Clinton lawyers paid a tech company to “infiltrate” servers belonging to Trump Tower and the Trump White House, an effort to cement their Trump/Russia narrative.

“It looks like this is just the beginning, because, if you read the filing and have any understanding of what took place, and I called this a long time ago, you’re going to see a lot of other things happening, having to do with what, really, just is a continuation of the crime of the century,” Trump told Fox News.

“This is such a big event, nobody’s seen anything like this.”

“Who would think a thing like this is even possible?” Trump said.

“Durham is also coming up with things far bigger than anybody thought possible—Nobody ever thought a thing like this would be even discussed, let alone an act like this committed.”

Durham revealed in his filing he found inauthentic “user-generated” data on devices, adding that the CIA said the data that purportedly showed links between the former president and Russian banks “was not technically plausible,” “did not withstand technical scrutiny,” “conflicted with [itself],” and was “user-created and not machine/tool generated.”

“For example, while the FBI did not reach an ultimate conclusion regarding the data’s accuracy or whether it might have been in whole or in part genuine, spoofed, altered, or fabricated, Agency-2 concluded in early 2017 that the Russian Bank-1 data and Russian Phone Provider-1 data was not ‘technically plausible,’ did not ‘withstand technical scrutiny,’ ‘contained gaps,’ ‘conflicted with [itself],’ and was ‘user-created and not machine/tool generated.’ The Special Counsel’s Office has not reached a definitive conclusion in this regard.”

As Durham’s team prepares for its subsequent trial, it has added a new member.

Adam Small was added to the team after Andrew DeFilippis withdrew ahead of the trial of Russian national Igor Danchenko.

DeFilippis had played a prominent role in the Danchenko case since the November indictment.

Last year, Danchenko was charged with five counts of making false statements to the FBI – Durham says the comments were about the information Danchenko gave for he dossier.

The Department of Justice’s watchdog concluded that Danchenko undermined Steele’s unfounded claims of a “well-developed conspiracy” between Trump and Russia.

Igor Danchenko, a key source for the unverified Steele dossier, was arrested by federal agents last year as part of the Durham investigation.

The New York Post details how Durham’s investigation could be over by the end of 2022:

“Russiagate special counsel John Durham is in the home stretch. His grand jury wrapped up work last week, apparently with no new indictments on the horizon. Attorney General Merrick Garland expects to receive his final report by the end of the year. And Durham is gearing up for his last trial: the prosecution of Igor Danchenko, the principal source for the discredited Steele dossier.”

“That last one should be grabbing our attention. We now know that the so-called dossier compiled by former British spy Christopher Steele was a Clinton campaign production. It is one of the great dirty tricks in modern political history: The 2016 Democratic presidential campaign colluded with the incumbent Democratic administration’s law enforcement and intelligence apparatus to portray their partisan opposition, Donald Trump, as a Kremlin mole, then made the smear stick to the point of forcing Trump to govern for over two years under the cloud of a special-counsel investigation.”

“This enterprise included substantial reliance by the FBI on the bogus Steele dossier in obtaining spying authorization from the Foreign Intelligence Surveillance Court (FISC) — on sworn representations that the bureau believed Trump was in a “conspiracy of cooperation” with Vladimir Putin’s anti-American regime.”

“Danchenko turns out to have been Steele’s principal source for this fever dream. Last year, Durham indicted him on five counts of lying to the FBI. But that’s not half of it. Last week, in a jaw-dropping court submission, Durham revealed that the FBI signed up Danchenko as an informant and paid him for almost three years — from March 2017 through October 2020.”

“The FBI apparently was aware that it was using “unverified information from Steele and Danchenko to suggest to a court that the president of the United States might be a Russian asset, the FBI had intelligence indicating that Danchenko himself might actually have been a Russian asset.”

“That was detailed in yet another Durham court filing last week, in the Virginia federal court where Danchenko is soon scheduled to be tried. The prosecutor related that Danchenko was the subject of an FBI counterintelligence from 2009 to 2011.”

The Democrats have been flagrantly caught committing the crime of personal and political destruction, writ large. In their elitist view, nobody else has a “legitimate” voice, a vote that counts, or a place at the table, apart from being a supplicant to their fantasy whims and wishes. The hysteria we hear is them having the perfect tantrum, as an adult has entered their fray and said stop.

Durham turned out to be another waste of time and taxpayer dollars. The whole government is one big con job on the little people. How could Durham milk the cow for this many years and not put away the criminal Clinton? Or put away criminal Obama?

So what, nothing will happen.

We are told more bomb shells are coming, yes, they may have direct target hits, but the swamp is deep and broad, so tribunals must be established to proceed quicker, they know all the players and have all the facts, this behind the cloak and dagger method needs to end make it public for all to see, the left the right and the in between. Public execution needs to happen to quell the criminals.

Boycott Tampax Trends on Twitter After Creepy Tweet From the Brand Goes Viral
Feminine product brand Tampax began trending on Twitter yesterday after followers demanded a boycott....
No posts found
wpDiscuz
4
0
What are your thoughts? Click to commentx
()
x
| Reply