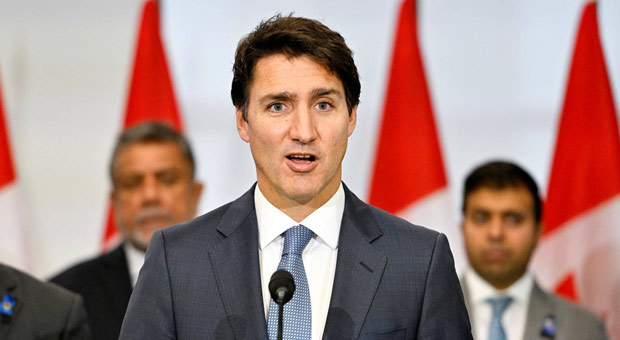 Canadian Prime Minister Justin Trudeau announced a “freeze” on handgun sales and transfers on Friday, claiming the actions will keep Canadians and their children safe.

The freeze on owning handguns was introduced in May but only went into effect on Friday.

“Canadians have the right to feel safe in their homes, in their schools, and in their places of worship,” Trudeau said.

“With handgun violence increasing across Canada, it is our duty to take urgent action to remove these deadly weapons from our communities,” the Canadian leader said.

“Today, we’re keeping more guns out of our communities, and keeping our kids safe.”

“Recently again, we have seen too many examples of horrific tragedies involving firearms,” Trudeau added.

Trudeau’s office released the below statement on the handgun freeze:

Fewer guns mean safer communities. That’s why the Government of Canada is implementing some of the strongest gun control measures in a generation. Handguns are the weapon of choice in most firearm-related crimes, which is why limiting the number of handguns is a critical part of our plan to protect Canadians from gun violence.

“The national handgun freeze is part of the government’s comprehensive plan to tackle gun violence. We have already banned over 1,500 types of assault-style firearms and have strengthened our gun control laws to expand background checks.”

As NPR reported, in addition to a ban on handgun sales, it is now forbidden to bring newly acquired handguns into Canada. The freeze is being met with elation from gun reform groups who welcomed the immediate action.

“Reducing the proliferation of handguns is one important example of the evidence-based measures Canada needs to reduce gun violence and save lives,” Canadian Doctors for Protection from Guns tweeted in response to the news.

However, the Canadian Coalition for Firearm Rights argues that placing stricter legislation on guns does not decrease gun violence.

trudeau is a WEF scumbag