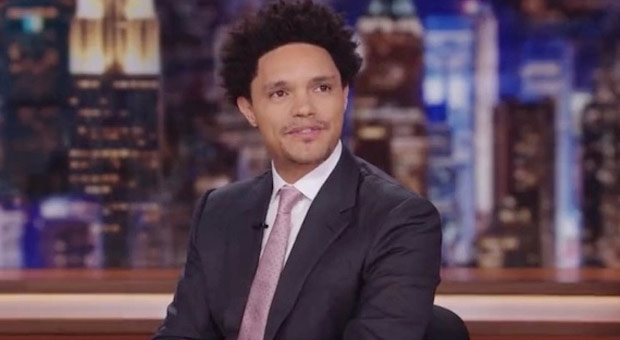 Comedian and talk show host Trevor Noah announced he is leaving The Daily Show following a rapid decline in viewership.

Noah took over the show from former host Jon Stewart in 2015, but as the show became more ‘woke’ with a tendency to regularly bash President Donald Trump, viewing figures began to drop.

Noah’s departure came as a shock after the host revealed the news to a stunned live audience.

Viewing figures were 1.5 million for each episode during Stewart’s tenure, even reaching as high as 2.5 million in 2013.

But almost a decade on, the viewing figures showed The Daily Show only pulling in an audience of just 363,000 for the week of September 19-25, ShowbuzzDaily reported.

The drop has been blamed on the show’s increasingly leftist political bias and ‘woke‘ ideology.

“After the seven years, my time is up. In the most beautiful way. I’ve loved hosting this show,” Noah said to audible gasps from the crowd – though the decision to step down may not come as a surprise amid dwindling viewing figures.

“I think we have gotten very comfortable discarding human beings, immediately tossing them away and making them irredeemable characters,” he said.

During the podcast, Noah defended Kanye West, who was banned from performing at the Grammy Awards this year, with organizers citing his “online behavior.”

“We can love people who we hate, we can hate people who we love. Human beings as a whole are a complicated paradox. And so, I don’t like to live in a world where we constantly discard human beings like pieces of trash.”

who was that guy?